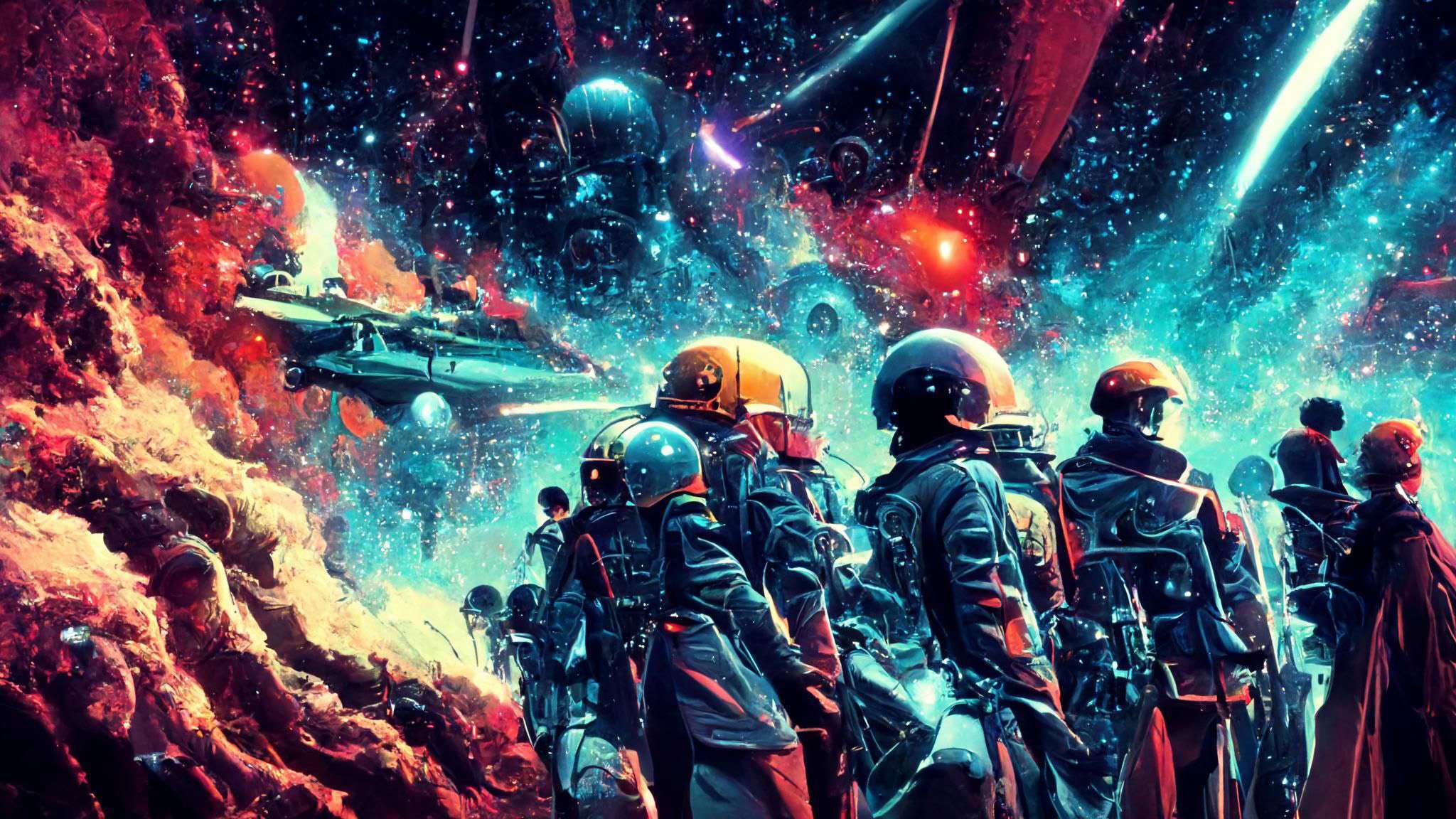 By Ethan YunDecember 13, 2022No Comments

Left in the hands of artists, writers, and directors, visions of future military technology can produce weird and wonderful results.

From giant spacecraft capable of destroying moons to ultra-high-tech suits that can propel their wearers into the stratosphere, sci-fi military tech often breaches the boundaries of realistic.

At least, that’s how it always used to be.

As technology in the real world becomes more sophisticated and breakthroughs challenge what we always thought was possible, whimsical inventions of science fiction may be closer than first apparent.

In the realms of sci-fi, there are reoccurring ideas that are so popular they almost become staples of the genre. One of these is the concept of exosuits, known as powered exoskeletons or simply power suits—mechanical, human-shaped apparatuses that are worn as much as they are piloted.

Seen taking centre stage as combat-optimised armour like in the Marvel cinematic universe’s Iron Man, or as pedestrian industrial equipment like in Ridley Scott’s Alien, exosuits are a coveted concept because of the myriad advantages they could theoretically provide.

Some of the biggest names in defence are investing in the technology, such as Lockheed Martin and their ONYX Exoskeleton which takes the weight from the wearer’s joints and employs predictive AI to anticipate the user’s next movement.

Invisibility is the ultimate camouflage. Why try to disguise yourself as your environment and hope you’re not detected, when you can become indistinguishable to the human eye?

True invisibility is so tricky because in order for something to be invisible, light must pass through it unimpeded. That’s where complex nanomaterials, like Canada's Hyperstealth Biotechnology “Quantum Stealth” come in. Rather than blocking or reflecting light, they direct it around objects.

Particularly effective from a distance, these materials work in various sizes so they can help obscure tanks and aircraft as effectively as people.

While not quite the ‘true’ invisibility envisioned in sci-fi like Predator and Halo, it’s a close result without bending the laws of physics.

Lasers for military tech are often thought of in the form of guns shooting burning rays, like in Star Wars, Star Trek, and Men in Black. Currently, the most common use of laser weaponry is to disable and destroy equipment like missiles and drones.

These lasers can ignite fuel, damage the body, and blind sensors to disrupt operation and ground aerial craft before they can cause damage or carry out reconnaissance.

Back in 2018, a laser weapon named ZKZM-500 that could purportedly ‘carbonise human skin’ was developed by China, though later analysis from outside sources found the claims to be somewhat embellished.

Still, lasers that damage from afar are now easily within the realm of technological capability and have many uses on the battlefield.

So, the concept of ammunition that can change direction in mid-air seems straight from the realms of science fiction.

However, the US DoD agency DARPA developed their EXACTO (EXtreme ACcuracy Tasked Ordnance) system for just that purpose. EXACTO allows a bullet to adjust its trajectory to accommodate unfavourable conditions and unexpected factors, as well track moving targets.

Not only does EXACTO alter course to make itself more accurate, but it can also use its capabilities to travel further than a regular projectile. In the hands of a sniper, this kind of smart ammo makes every shot deadlier.

To the layperson, looking at something as big and bulky as a missile and imagining it could ever travel faster than the speed of sound could seem bizarre.

Yet hypersonic propulsion technology has been highly sought-after by the U.S., China, and Russia in a close race.

China has made recent breakthroughs in its own efforts, with so-called hypersonic missiles touted by Russia being met with scepticism as to how ‘hypersonic’ they truly are.

Truly hypersonic missiles currently in existence can reach speeds of up to Mach 10—ten times the speed of sound, over 7,600 miles per hour. That’s more than two miles per second.

Futuristic defence and military tech isn’t just being used on the battlefield—it’s also being deployed beforehand to train soldiers and teach crucial skills without setting foot in the real world.

Modern military simulations are making soldier training more accessible and cost-effective than it’s ever been.

To find out more about the next step in defence training, contact ST Engineering Antycip.