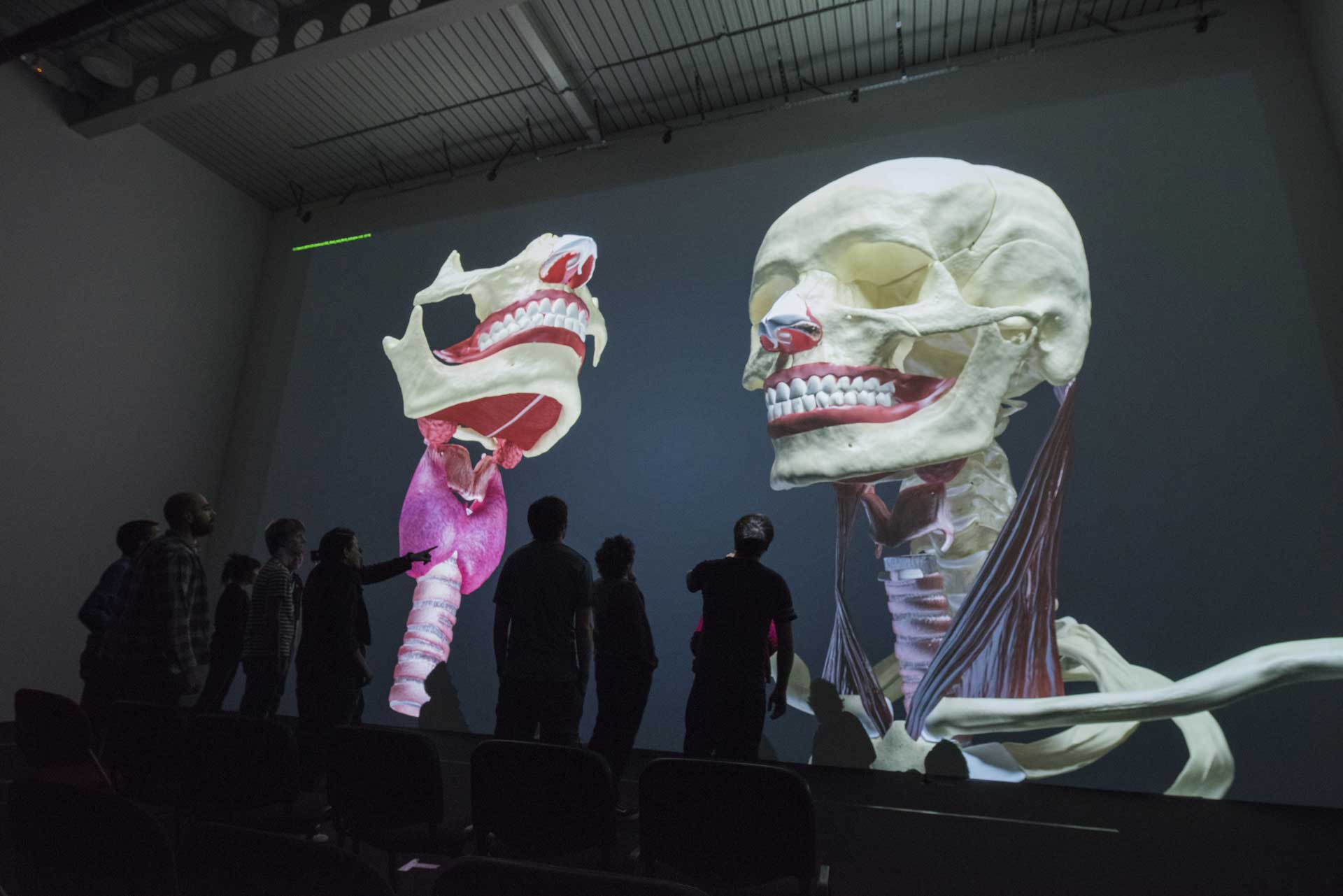 Guided by the expertise of Antycip, the Glasgow School of Art’s need for a high brightness, 4K resolution, 3D stereoscopic projection solution was met by Digital Projection’s INSIGHT Laser 4K.

SimVis operates across research such as cutting-edge medical and heritage visualisation, commercial projects and academic research. Though each area is self-funding, large amounts of the commercial and medical research seep into the academic arm so students are continually exposed to a broad range of projects from virtual reality computer games to heritage visualisation.

John Mould, commercial development manager for Antycip describes the criteria upon which the projection solution was based, “SimVis wanted a projector that provided higher brightness than the existing solution in place, native 4K resolution with 120hz active stereo output capability.”

The size of the projector was important so projectors requiring active heat extraction measures were ruled out.

“Finally, we were looking for a projector that could also address optical requirements for the throw distance and image width for the SimVis’ 11.4 x 6.4 metre projection wall.”

The INSIGHT Laser 4K offers 12,000 lumens of solid-state illumination at an advanced resolution of 4096 × 2160, well-suited to the needs of visualisation where image detail and image stability are important. The consistent solid-state illumination performance of the Insight 4K from Digital Projection ensures impressive images and limited maintenance, saving both time and servicing costs.

The vast size of the projection wall presented difficulties. SimVis wanted to increase the quality and fidelity of the display whilst increasing the intensity of the light to the display surface. They did not, however, want a multiple projector array with blending technologies to afford such a large image.

Digital Projection’s INSIGHT Laser 4K offers the ideal native 4K resolution of 4096 x 2160 and “green” credentials, lower maintenance intervals and longevity of the light source which is rated to operate beyond 20,000 hours. The pixel size was dramatically reduced offering the possibility to support picture in picture capabilities with up to 4 x HD and ensuring fantastic colour reproduction for any applications featured.

To enable such a large image from a relatively short distance a specialist Schneider lens was selected. The image is geometry corrected using VIOSO’s Anyblend software to correctly address and map the display surface. A custom projector mounting platform was assembled to elevate the INSIGHT Laser 4K projector. I-beams tracking across the theatre infrastructure prevented a ceiling mount. The engineers also attached the optics before finally addressing the geometry correction to the projection axis.

A CyberStation image generator from Broadberry was also installed, featuring a flagship Nvidia graphics card to ensure the demanding 4K content could be realised and able to cope with current and future demands for both animated and real-time content. Visual content is fed directly to the projector via a single 15-metre Ophit fibre optic cable.

Completing the full solution, an array of over 20 Vicon spatial tracking cameras track dynamic entities, using the tracker software, and Volfoni RF-based VR glasses enable the 3D capabilities to be realised by the audience.