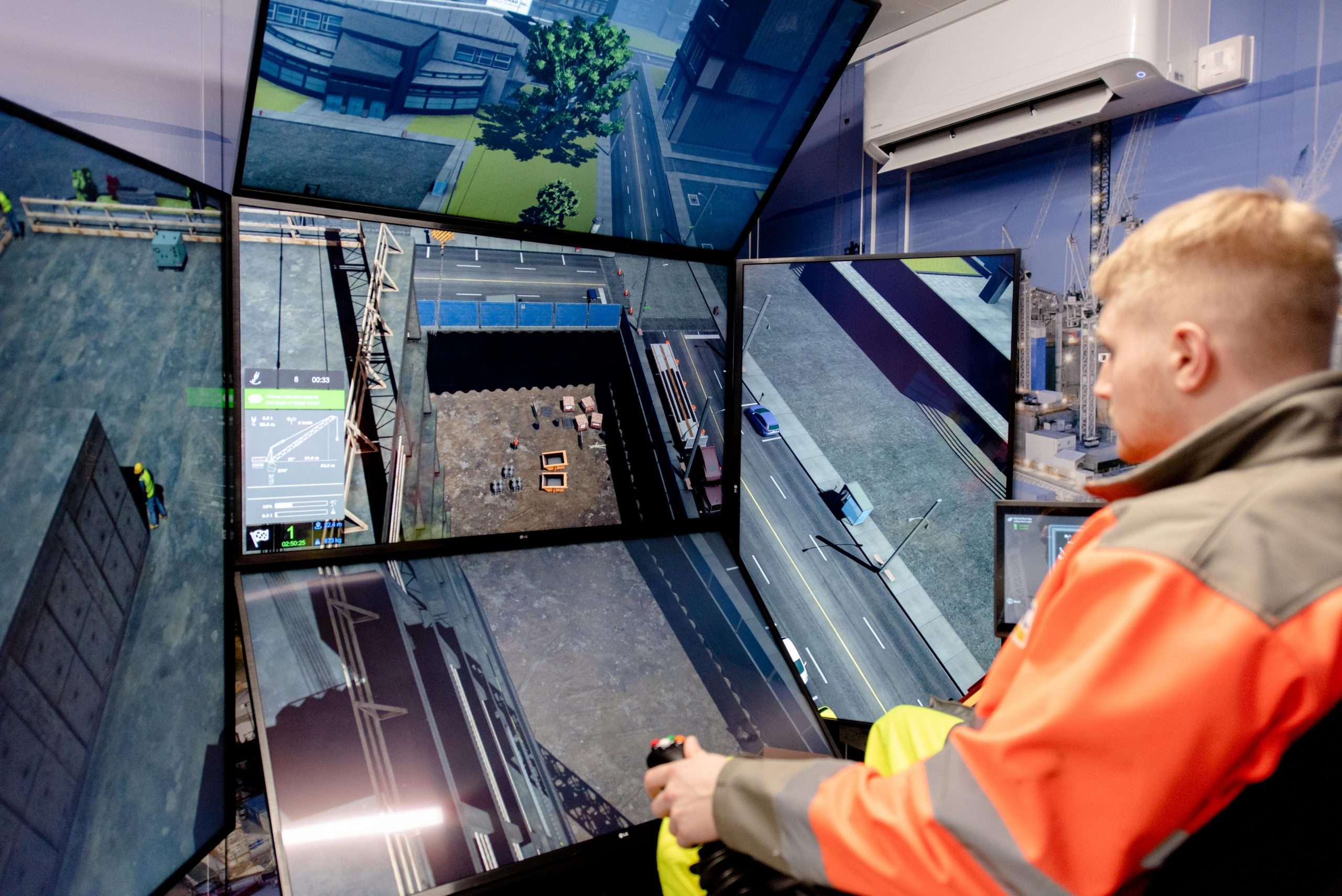 Thanks to their new training simulator, crane operators have been able to hone their skills in extreme weather conditions without setting foot outside.

Paris (France), 11th May 2021 – Marking a significant milestone in the revitalisation of the UK’s nuclear power industry, EDF Energy’s Hinkley Point C (HPC) in Somerset is ready to make a major contribution to the country’s move to reduce carbon emissions. The electricity generated by its two EPR’s (European Pressurised Reactor) nuclear reactors alone will offset nine million tonnes of carbon dioxide emissions per year over its 60-year lifespan and provide low-carbon electricity for around six million homes.

BYLOR – a joint venture between European engineering and construction specialists Bouygues Travaux Publics and Laing O’Rourke – was contracted by EDF Energy to deliver the main civil engineering works at HPC. For this project estimated at £2.8 billion, the company will erect over 50 tower cranes, use over 230,000 tonnes of reinforcements, and 1.2 million cubic metres of concrete will be required – 75 times more than was used to build the Millennium Stadium in Cardiff. The site will also host the world’s largest crane, nicknamed ‘Big Carl’, which is capable of reaching 165m and lift up to 5,000 tonnes.

… Download the full press release by filling in the form on this page.