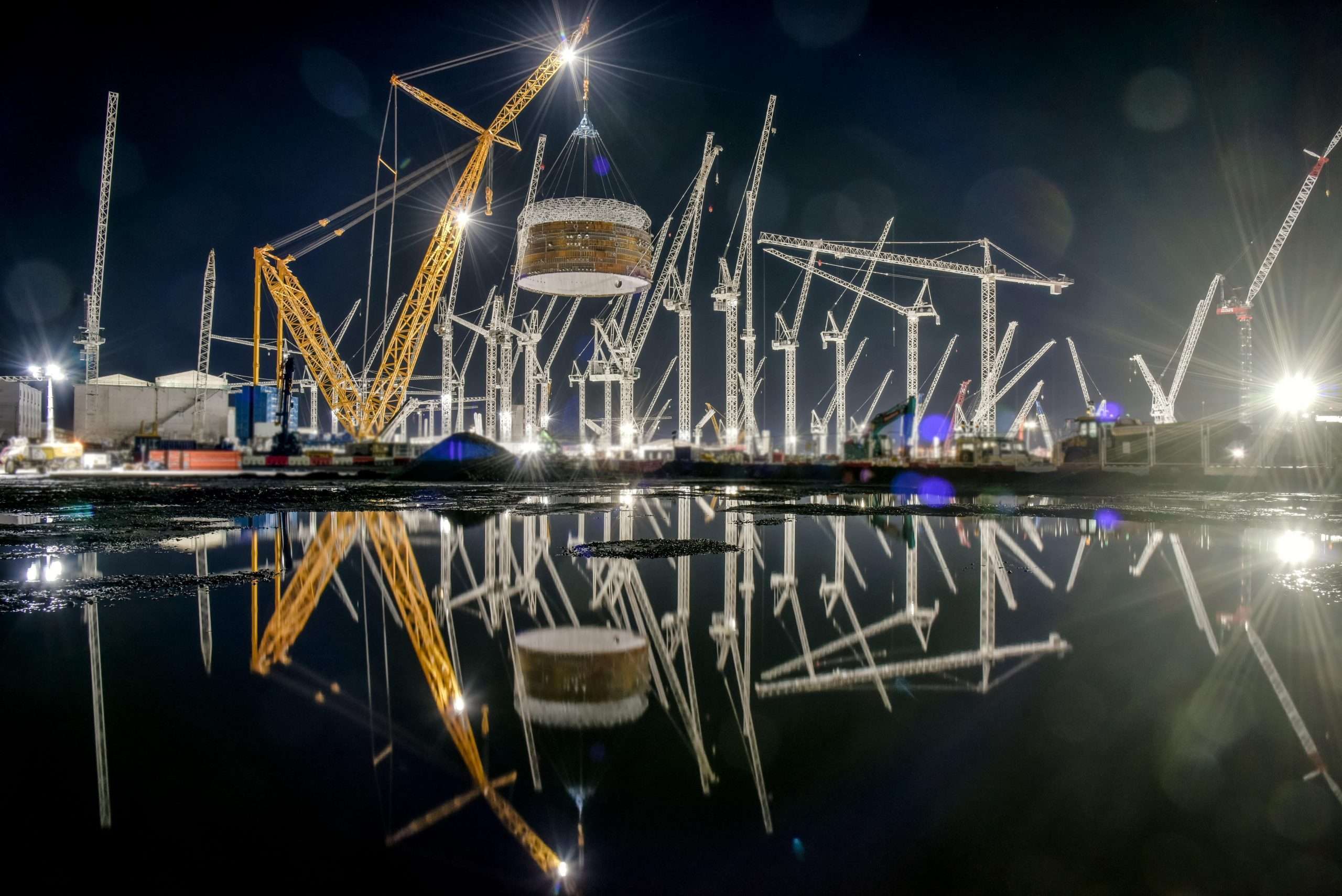 Marking a significant milestone in the revitalisation of the UK’s nuclear power industry, EDF Energy’s Hinkley Point C (HPC) in Somerset is ready to make a major contribution to the country’s move to reduce carbon emissions. The electricity generated by its two EPR’s (European Pressurised Reactor) nuclear reactors alone will offset nine million tonnes of carbon dioxide emissions per year over its 60-year lifespan and provide low-carbon electricity for around six million homes.

BYLOR – a joint venture between European engineering and construction specialists Bouygues Travaux Publics and Laing O’Rourke – was contracted by EDF Energy to deliver the main civil engineering works at HPC. For this project estimated at £2.8 billion, the company will erect over 50 tower cranes, use over 230,000 tonnes of reinforcements, and 1.2 million cubic metres of concrete will be required – 75 times more than was used to build the Millennium Stadium in Cardiff. The site will also host the world’s largest crane, nicknamed ‘Big Carl’, which is capable of reaching 165m and lift up to 5,000 tonnes.

In order to more efficiently train the construction personnel required for such an undertaking, BYLOR made the decision to install an on-site crane simulator, which was realised thanks to the partnership of ST Engineering Antycip and CM Labs Simulation Solutions.

Thanks to their new training simulator, crane operators have been able to hone their skills in extreme weather conditions without setting foot outside.

Operatives, slinger signallers and even interested parties like construction managers are being put through realistic crane related scenarios and tested in high winds and poor visibility conditions – all from the safety of the simulator driving seat, using controls that are exact replicas of those found in the real equipment.

Simulation is the perfect environment for challenging projects where training is difficult, unsafe or expensive. The main simulator uses its five screens and five powerful PCs to create an experience that’s very immersive and realistic, operators can log the hours spent on the equipment towards official logbooks. The system can run training modules for a saddle-jib tower crane, a luffing- jib tower crane, a crawler crane, a rough-terrain mobile crane, and an overhead travelling gantry crane.