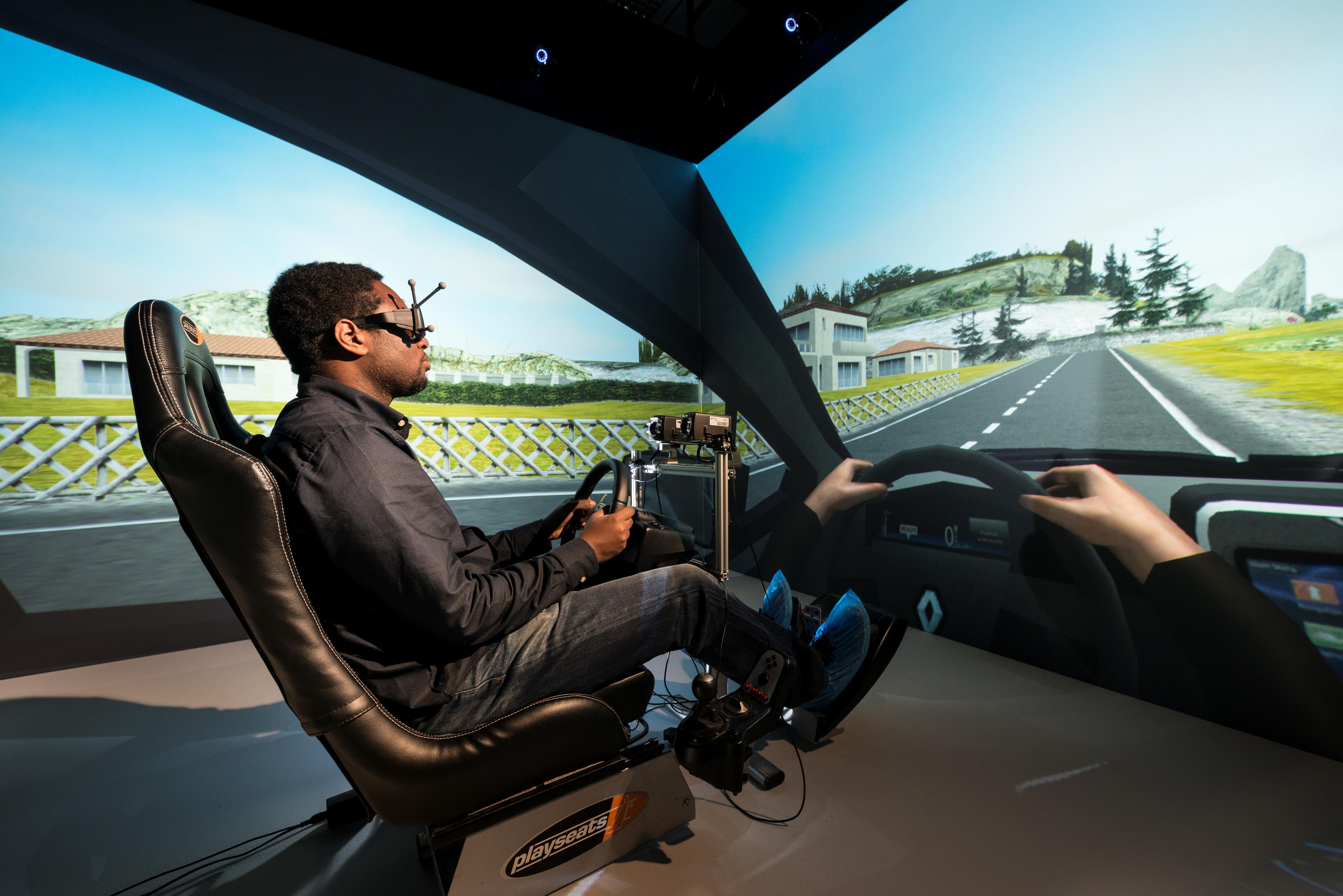 The Heudiasyc laboratory carries out a number of tests for innovation projects, requiring the use of powerful technological platforms.

The fields of research span intelligent vehicles to autonomous mini-UAVs, railway monitoring to 3D interaction between humans and systems.

In their quest for improved research for IT, automation, robotics and artificial intelligence, the laboratory reached out to Antycip to design and install a modular four-sided VR CAVE (Cave Automated Virtual Environment).

The completion of the Virtual Reality CAVE has improved research of new technologies, enabling the Heudiasyc VR team in particular to explore new models for adaptive feedback in virtual environments based on the Enaction theory, as well as decision modelling for informed interactions.

The modular four-sided CAVE is an immersive system used for research on informed virtual environments. It was designed with the capability to offer both a closed configuration (U-shaped) and an open one (L-shaped).

“We are now working with the L-shaped configuration to carry out tests on technical gesture training in a virtual factory environment,” explained Indira Thouvenin, HDR (accreditation to supervise research) professor at Compiègne University of Technology (UTC). “We are planning to use the U-shaped capability in the near future as an augmented reality driving simulator with the new SyRI (Interactive Robotic Systems) research team from the laboratory.”

ST Engineering Antycip (formerly Antycip Simulation) was involved throughout all stages of the project, providing expertise on the CAVE’s operation, choosing the equipment, installing the solution and commissioning it.

“The user-friendliness of this CAVE is remarkable, thanks to its ergonomic layout” enthuses Indira Thouvenin. “The CAVE will allow us to explore new areas for informed interaction and intelligent systems. We are indeed very happy with the result.” concludes Indira Thouvenin.