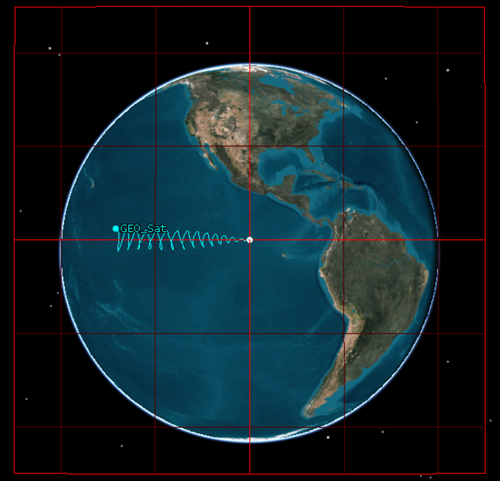 How do you improve the visualisation of GEO Satellite Orbits in STK?

By AnaisJanuary 7, 2020July 18th, 2020No Comments
A geosynchronous satellite is a satellite in geosynchronous equatorial orbit (GEO), with an orbital period the same as the Earth's rotation period. Satellites in geosynchronous orbits have a wide variety of uses. Most of these satellites are commonly used for communication for radio and television networks or for direct broadcasting. Other satellites are used for weather imagery, such as NASA’s GOES satellites. As of December 2019, the UCS Satellite Database records that there are approximately 2,218 known satellites. Regardless of their specific use, these GEO satellites are essential for providing critical information in our day to day lives. That’s why it is important to be able to properly configure the graphics of these geo satellite orbits to display the most useful information possible. Inserting a geostationary satellite (GEO) into geosynchronous orbit into STK which is a space operations simulation and modelling software,  and zooming out in the 3D Graphics window to see the orbit will look like this: 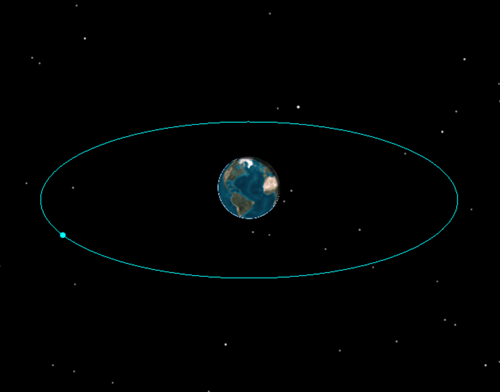 This view gives very little useful information about the orbit. To improve this level of information, there are two changes that STK users can make to drastically improve the visualisation of this orbit; This will give a visual like this one, which is an excellent way to visualise and track a geostationary satellite’s drift;

What do I need to do to improve the visualisation of GEO Satellite Orbits in STK?

To improve the visualisation of GEO Satellite orbits in STK to the level shown in this image you have two choices;

Why improve the visualisation of GEO Satellite Orbits in STK?

As the number of satellites in orbit increases every year it is crucial that geostationary satellite operators keep their satellites from interfering with other GEO satellite operator’s satellites. These geostationary orbit satellites are commonly used for radio and TV communications, as well as weather tracking and imagery (for example NASA’s GOES satellites). This makes GEO Satellites an essential part of the information we use in our everyday lives. Which in turn makes it important for STK users to be able to properly configure the graphics of these orbits in STK to display the most useful information possible. For STK users, using this improved visualisation of geostationary satellites, allows them to go further in their analysis and scenario planning with STK, and do things like setting up a geostationary station-keeping scenario. Whatever your goal in GEO Satellite operations analysis and planning, STK can help. STK (System Tool Kit) developed by AGI, is a software suite dedicated to the simulation of space, aeronautical, terrestrial and maritime systems. The STK software is a system modelling and mission analysis application, as well as a software development kit for space, defence and intelligence engineers and analysts. For many years ST Engineering Antycip (formerly known as Antycip Simulation) has been working with AGI, to help clients in space, aerospace and defence, in getting the most and the best from AGI’s market-leading products.

Adapted from an article by Noah Ingwersen, Systems Engineer at AGI