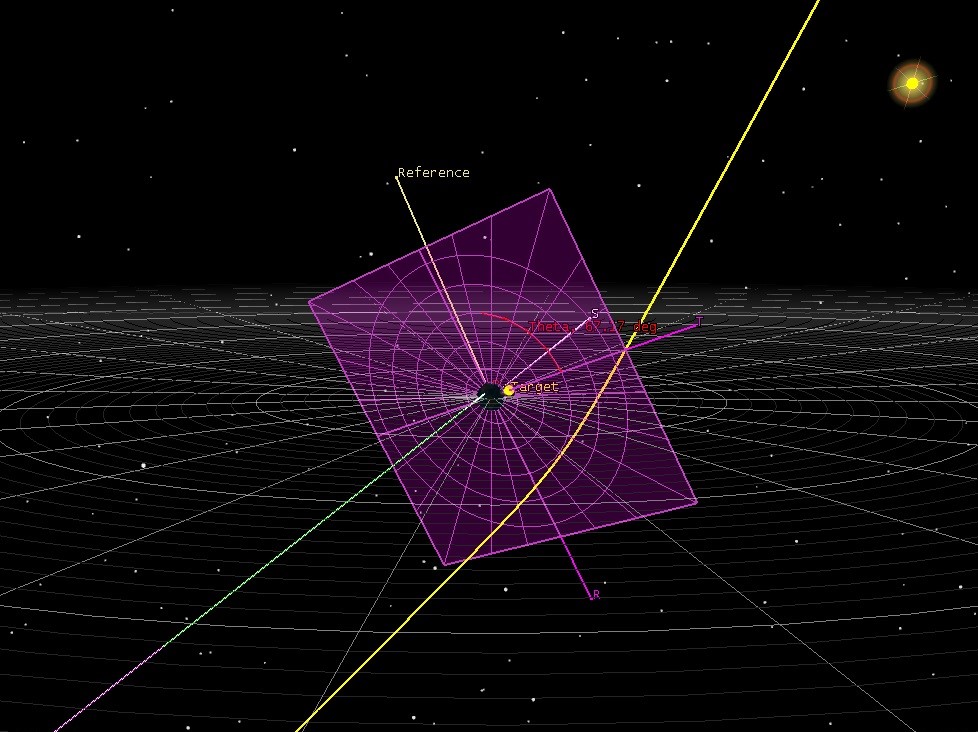 It is essential for successful space missions to understand the environments they will operate in.

That is particularly important given a new generation of fully and semi-autonomous spacecraft are capable of operating in close proximity to each other.

These close rendezvous and proximity operations (RPO) make it possible to inspect, repair and monitor nearby spacecraft.

STK Astrogator is an innovative application from our partner AGI, that designs, simulates and analyses proximity and perching manoeuvres already in use for operational satellites.

We have extended it to develop closed-loop control laws to:

How proximity works in space

One spacecraft’s manoeuvring relative to another depends on a mission’s objectives. That might include, for example, carrying out an inspection.

For spacecraft inspection purposes, sensors define and drive distances, and proximity operations begin after a spacecraft’s rendezvous close to another. They meet at a designated location, then move alongside each other.

Fuzzy logic is a mathematical model for calculating the accelerations to manoeuvre one spacecraft (called the ‘Chase’) around another (referred to as the ‘Target’). It is a proven method for developing control laws in a range of critical systems.

A rigorous mathematical model, it is based on formulas and not probability.

The use of fuzzy logic enables encoding of the subject matter, which allows STK Astrogator to create a workable model for spacecraft proximity operations.

This form of modelling needs to be both quick and convenient, providing an adaptable and responsive support system for space missions.

Launching into space is expensive, therefore performing manoeuvres to an optimal level is critical to a mission’s success. They might typically take hours or even days to complete, and a few dozen is considered excessive.

However modern robotic spacecraft enable these operations to be more rapid and frequent.

These missions rely on closed-loop control laws to maintain the desired trajectory and near instantaneous feedback from sensors to monitor how well they are meeting objectives. There can be little or no input from human controllers.

If you’d like to find out more about how simulation can support your mission needs, please get in touch with us.