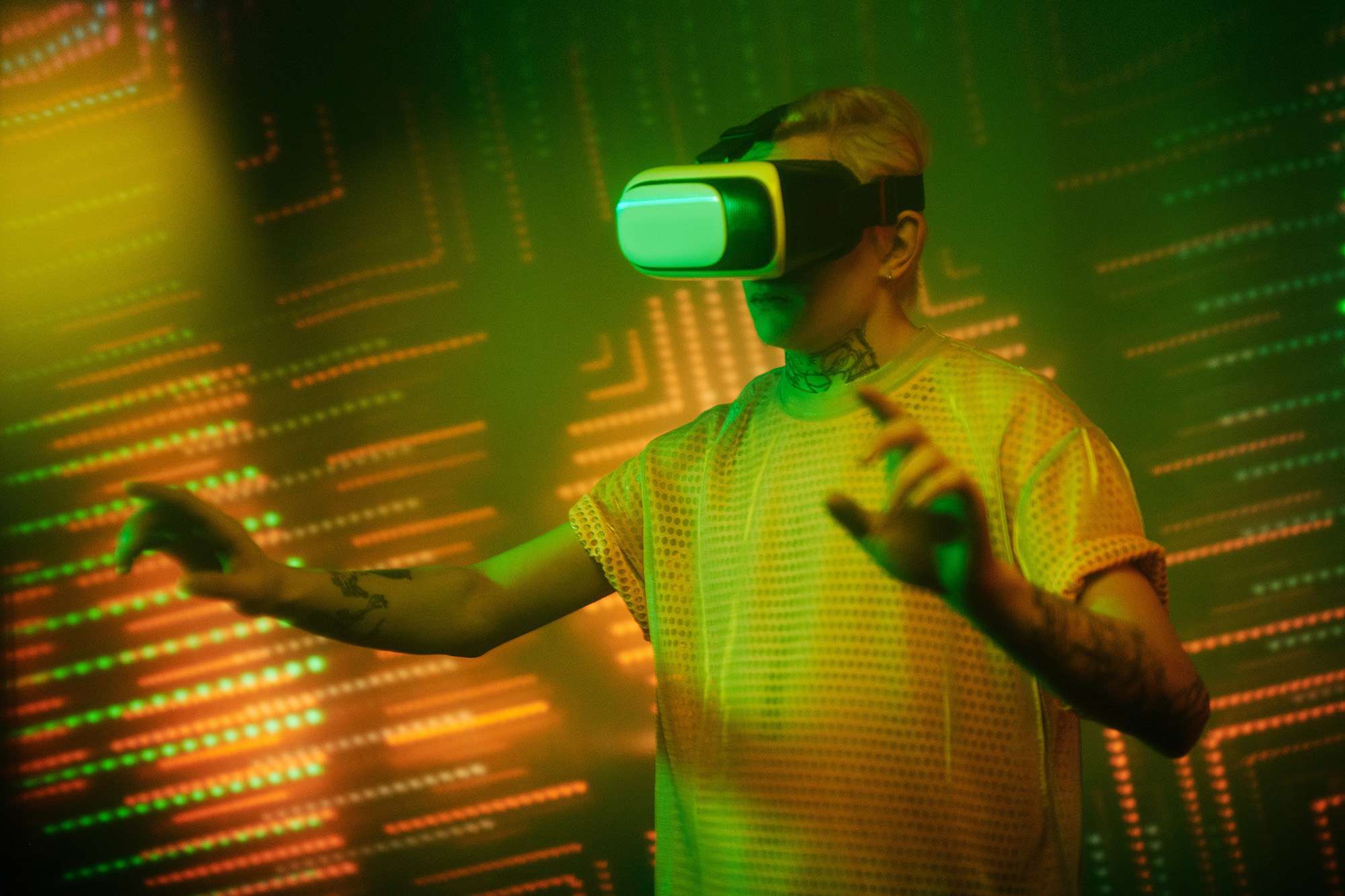 With a new year arrives new tech, fresh ideas, and ambitious start-ups looking to push the boundaries of reality—both virtual and augmented.

Although none of us can say for sure what lies on the horizon, there are some identifiable trends that tell us what we might expect from 2023.

Let's take a look at the top VR and AR trends for the coming year.

The coronavirus pandemic demonstrated the need for many contingencies. Chief among those was the need to keep many normal aspects of day-to-day life—work, schooling, and medical care, to name a few—functioning despite not having people located in the same physical spaces.

Though school life has returned to normal in many places, remote education solutions still have a place in learning, particularly alongside virtual reality which gives learners the ability to inhabit spaces that simulate the real thing, whether that’s to visit a place they cannot travel to or to familiarise themselves with the cockpit of a vehicle before getting into the real thing.

One of the biggest problems faced by those interested in commercial VR is the cost of entry. A VR headset alone can retail for costs even higher than current-generation gaming consoles.

Despite this, data from Statista suggests that global shipments of VR and AR units is set to reach almost 44 million within the next few years, and the market for VR headsets is projected to reach around $18.6 billion by 2026.

Improvements in technology are helping to lower the entry cost of VR, and more 'mainstream' VR offerings such as Sony's PSVR have helped to boost the popularity in recent years, creating demand that developers are keen to meet.

Training staff in the retail sector can be complex and often requires a balance of resources. After all, it's hard to train staff for a retail event like Black Friday when there are daily, high-volume business operations that can't be halted.

VR training answers this need directly by allowing staff to train in using checkouts, managing long queues of shoppers, and preparing for 'holiday rush' scenarios. It's so effective that retail giant Walmart has made it a dedicated part of their staff training, with training test score boosts of 10 to 15 per cent.

One problem faced by virtual reality programs—especially when the first VR headsets began to hit shelves—was that the graphical fidelity of many apps was incredibly basic when compared to the offerings of TV, film, and gaming.

However, advancements in technology are set to drive the capabilities and immersive quality of VR in 2023. Headsets capable of 5K and 8K stereoscopic video are now a reality, offering a much-heightened level of visual quality to VR experiences.

Eye tracking technology is also poised to change how VR headsets are able to read and interpret user attention, granting a new depth to the detail provided to VR users and how they are able to perceive the virtual worlds in front of them.

Try before you buy

The ability for AR apps to overlay the real-world objects they detect in a camera feed has a wealth of implications for industries like retail.

Augmented reality in retail bridges an innate problem with online shopping; there's no opportunity to try on items of clothing, accessories, or jewellery. However, with 'try before you buy' AR, shoppers can gain a much clearer picture of what something will look like on them.

Parisian jewellery house, FRED Jewelry, offers an augmented reality try on option through its website to give customers a stronger picture of how their purchase will look.

Head-mounted displays (HMDs) aren't the de facto method of exploring AR like they are for VR. Due to augmented reality's requirement for a live feed of the real world, the commonly employed devices for AR experiences are mobile devices and their cameras.

With so many consumers already having mobile devices, this just makes sense for AR devs. Google recognises as much, and just last year updated its ARCore developer platform with a new Geospatial API (application programming interface).

As apps increase in number and efficacy, the numbers of their users is sure to increase over the coming year and beyond.

AI and AR coming together

Artificial intelligence is an incredibly powerful tool for a variety of apps and platforms. Machine learning allows programs to tailor the user experience for individuals and effectively learn lessons moving forward. AI can take data collected from app usage and interpret it on deep levels to unveil new insights or identify trends, both current and future.

Coupled with AR, AI can inform digital twins, analyse training solutions, and much, much more.

Apple vs Google: ARKit vs ARCore

As two businesses constantly striving to be on the cutting edge of mobile tech, Apple's and Google's competition is as heated in AR as it is in other arenas.

Apple's ARKit and Google's ARCore are, by and large, very similar in terms of performance and capability, though an ARKit 6 upgrade last year introduced 4K video and an improvement to motion capture technology.

Android devices are commonly not powerful enough to process the highest quality AR experiences, but with Google expanding the list of phones that can support ARCore, watch out across 2023 for signs that it’s fighting to close that gap.

2023 is a year full of promise in simulation technology, and we’re poised on the cutting edge. As Europe's leading provider of simulation solutions with a wide range of close partners, we provide simulation for training, defence, and much more.

To find out more about our work, contact ST Engineering Antycip today.