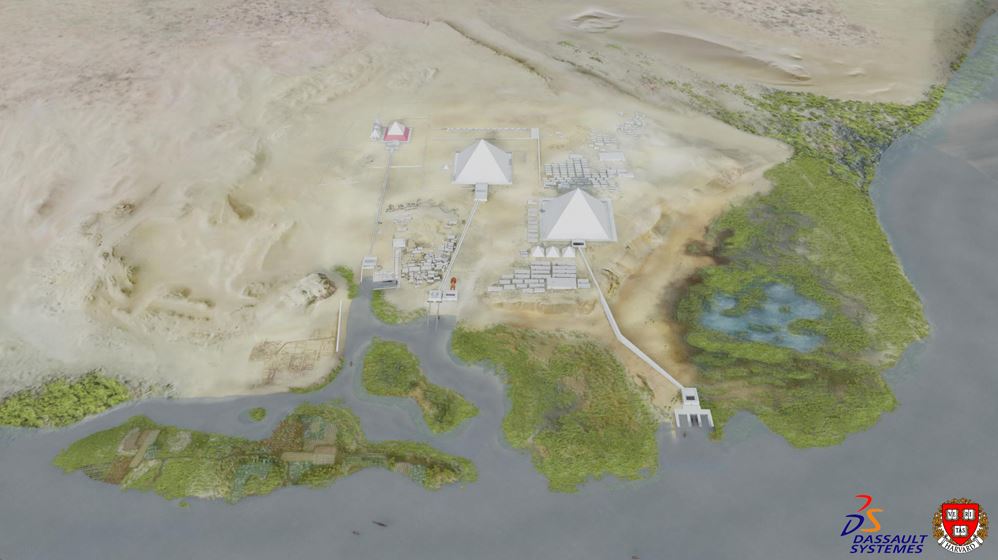 By AnaisJuly 29, 2019May 30th, 2022No Comments
Many industries have the capacity to introduce virtual reality (VR), and research is one of them. Here’s what VR can do for the validity of research going forward. Today’s world is a stark contrast to the one that existed in the 20th century, let alone centuries before. We got here through extensive, systematic research that has driven change and our understanding of the seemingly chaotic world around us. Everything we know as fact comes from research and our unrelenting desire for our lives to improve. Despite this, many projects end up with inaccurate and ambiguous findings, shown by the lack of consistency between the findings of repeated studies from different researchers. One 2015 study found that only 33% of research studies in the top three psychology journals could be successfully replicated. This inaccuracy is not exclusive to psychology, but to research as a whole. It’s not a symptom of the flaws of research. Rather, it shows people’s flawed ability to carry out good research. Virtual Reality provides better ways to collect and analyse data, easier ways to eliminate bias and tools to speed up the research process without impacting the validity of the findings.

Who uses virtual reality for research?

More and more people are becoming familiar with the term ‘virtual reality’, but it’s most commonly associated with recreational activities like gaming and simulations. A study from Juniper Research suggests revenues from virtual reality-specific games will reach £6.4 billion ($8.2 billion) by 2023. But a second glance at the world of virtual reality will show how its applications are far-reaching, finding a place in the defence, education, healthcare, entertainment, fashion, business, media, construction, programming, and a thousand other industries. Its place within these sectors often stems from its broad applications of VR in research. According to Google Scholar, the total sum of papers referring to ‘virtual reality’ from the past decade is approximately 200,000. This includes research into VR technologies, as well as its integration into the research design of various studies.

Examples of VR in research

It would be hard to detail every use VR has in research considering its vast applications across industries. However, there are many studies that highlight the potential applications of virtual reality in project research.

From 1904 to 1947, Harvard and Boston’s Museum of Fine Arts (MFA) conducted archaeological excavations on the Giza Plateau in Egypt. Since 2000, modern scientists have been digitising this project, building a 3D virtual reconstruction of the Giza Plateau as it may have looked around 2500 BCE. In this study, VR produced a modern and easily understandable way to present the findings of the research increasing the accessibility to non-academics and museum visitors who can view the virtual recreations.

2. Using clinical simulation to study how to improve quality and safety in healthcare

Simulation is a VR tool that is becoming more common in healthcare to research the outcomes of certain processes and behaviours and to guide improvements to the quality of care and safety. For example, one study analysed “nursing students’ decision-making in teams during simulations of acute patient deterioration”. VR widens the scope of research, enabling medical researchers to learn more about the profession and improve healthcare policies.

Introducing new products to the market comes with a lot of risk to the company. If the product isn’t right and doesn’t meet the needs and desires of their customer base, they risk losing money, ruining their reputation, and disappointing shareholders. Companies need defensible research to guide strong product creation, to identify optimal pricing, and to tailor their products to their customers. Some auto manufacturers are using Virtual Reality to research new product concepts and identify what customers like and dislike about potential products. Jeremy Bailenson, the founding director of Stanford’s Virtual Human Interaction Lab, found experiencing something using VR technology is more powerful than hearing or reading about it. This means customers can give more accurate feedback about the cars they experience in virtual reality, helping manufacturers make better-informed decisions about their new products. Virtual Reality also provides a cheaper way of conducting research, as opposed to building physical prototypes, and virtual experiences are easily adjustable to continue further research.

VRGIS has become a niche tool for research in areas including urban planning, archaeology, environment, education, ecology, data visualisation, and the military. Researchers use it for visualisation, modelling, and impact assessments with multi-variable data. The models and terrains created through VRGIS offer a new way to analyse collected data and interpret its meaning under a variety of different conditions, making qualitative data more useful. It also provides a visual aid to data interpretation in various situations. This can help better inform decisions using a computer aid that is less susceptible to human error in research and gives research more practical applications.

How is VR improving our ability to research effectively?

The above examples only scratch the surface of the way VR is revolutionising research across industries. However, let’s find out some of the excellent improvements that VR brings to the world of research.

In research, the ecological validity of a study means that the methods, materials, and setting of the study must represent the real world that is being examined. However, with some sensitive and dangerous topics, it's hard to study real-world events due to ethical concerns, and it's hard to replicate these events accurately in an artificial environment. For example, in nursing, it’s hard to study the behaviour of nurses as a patient’s health deteriorates because of the lack of control over the situation. You have no control over the age of the patient, their race, gender, the hospital they are in, the time of day, or any other contributing factor. This limits the research you can carry out and how accurate your findings will be. It may also be unethical to study patients when they are under extreme stress this way. Virtual reality offers a way to study real-world situations in a controlled environment while better maintaining the realism of the real-world environment. This means there are more opportunities to produce more valid data, repeatable experiments, and more knowledge on sensitive, serious subjects with amazing real-world applications.

VR can present huge cost savings, particularly during product research. As accurate models of new products are designed, experienced, and redesigned using Virtual Reality, companies save on the cost of producing multiple physical prototypes to conduct their market research. Renault saves £1.7 million per year by using VR technology to reduce the conception time of their cars by 20%. Land Rover states they saved £3.5 million in five weeks. Lockheed Martin uses VR to test their aerospace, defence, and security designs, saving them around £8 million per year. Also, car manufacturer SEAT used VR to reduce the number of physical prototypes used by 50% and reduce the time taken to produce prototypes by 30%. 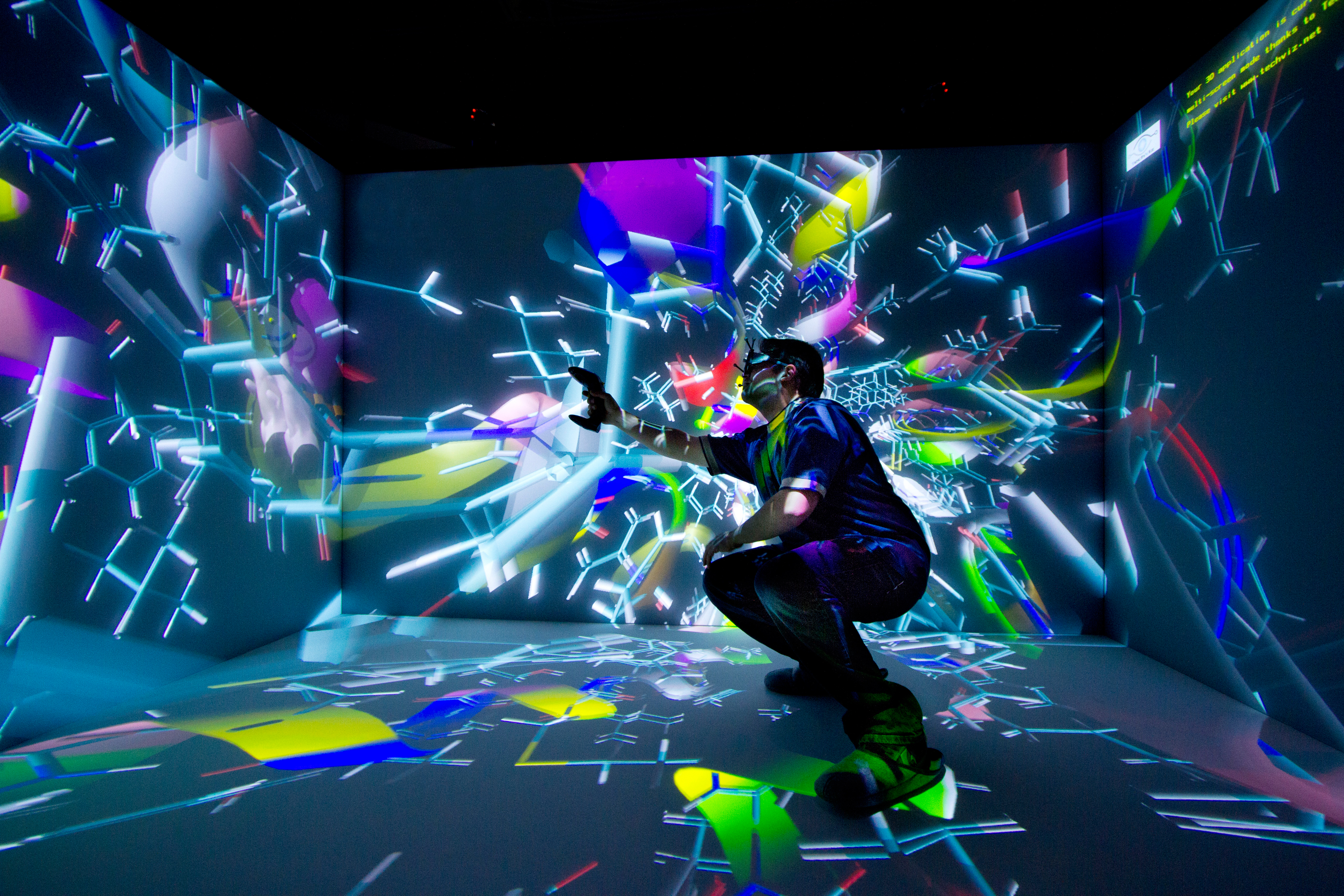 The way we present the data findings of the research is changing with VR. We are no longer confined to the traditional 2D pie charts, bar graphs, and scatter graphs. These are effective methods of data presentation, however, to the untrained eye, depending on the data, they can be hard to interpret and draw conclusions from. www. VR can help produce interactive visualisations of findings, drawing on real-time data sets. With VR, there is the possibility to visualise multiple metrics at once and see how they interact, whereas 2D graphs limit correlative analysis of a few metrics. This will provide a more visual way for people to understand data, helping businesses and researchers communicate insights faster, more effectively, and to a wider variety of minds. An example of an attempt to use VR to present information is a Google Lab’s interactive guide to Brexit. It used a virtual reality visualisation of the globe, and the top questions asked by each country. The Guardian also created a virtual reality experience which places you inside a US solitary confinement cell of 6 by 9 feet. It tells the story of the psychological damage that isolation can present in prisoners. People can experience a simulated version of information that has been collected through a variety of research methods, including interviews and ethnography which researchers would otherwise present through writing and images.

The future of VR in Research

Although the earliest form of virtual reality appeared in the 1950s, in 2019, the concept and its usage is still in its infancy. Even though it’s already revolutionising the world of research in its early stages, VR will only become more sophisticated, more powerful, and more effective. It’s set to be worth over £85 billion by 2025. In 2016, 70% of the world’s most valuable brands, including Google and Microsoft, invested around £1.2 billion in VR, an increase of 85% over the previous year. But it isn’t only big companies who can find their footing with VR. With accessible upfront investments, smaller businesses have the freedom to get ahead of their competitors by investing in innovative technology. If you’d like to know more about how to integrate and harness all the benefits Virtual Reality has to offer, don't hesitate to contact us. Want to stay up to date with what we're doing? Follow us on Twitter, LinkedIn, Facebook and Instagram.