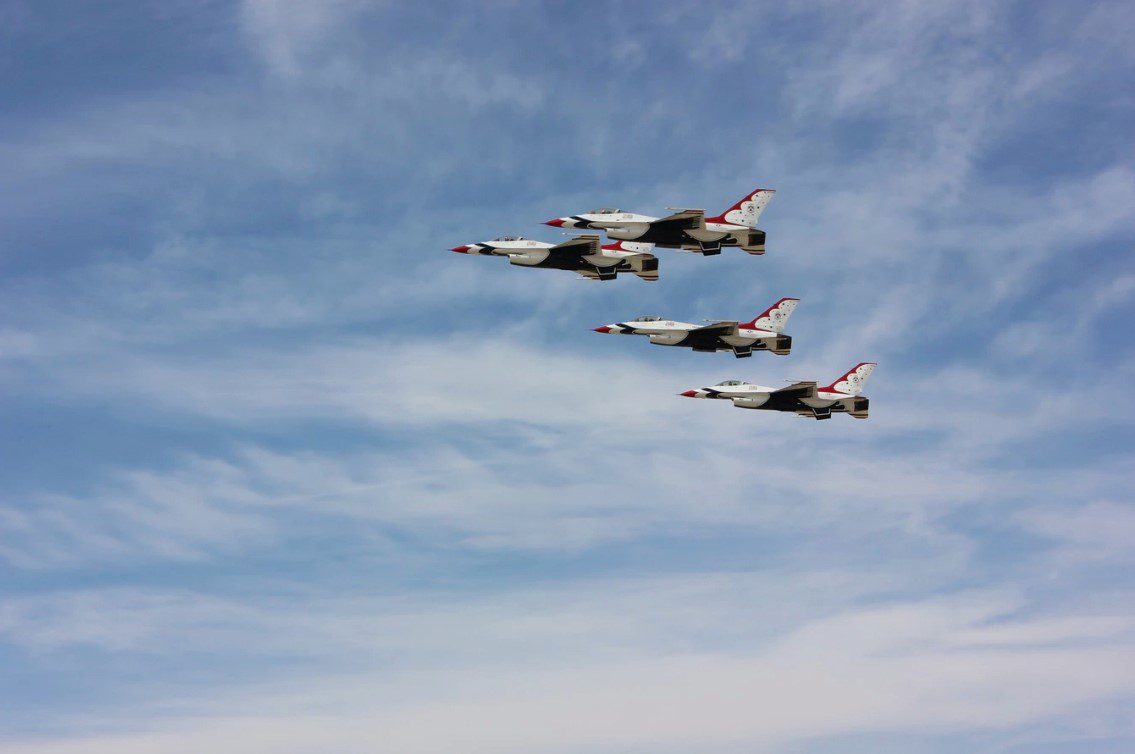 How has Simulation Technology Revolutionised the Aerospace Industry?

By AnaisJuly 29, 2019October 6th, 2020No Comments
Armed with a mission to reduce costs and provide better training, flight simulators have been leading the way in aeronautical innovation. Simulation technology has come a long way in recent years. Once the idea of science fiction stories, today they are very much an everyday reality. This goes far beyond empty applications or technology for the sake of technology. Modelling and simulation technologies play an important role in revolutionising many industries, mainly the aerospace industry. The aerospace sector has benefited from some of the most successful simulation applications to date. Nowadays, simulation software and hardware offer tremendous technological benefits to aviation students, experienced flyers, and other key players in the sector, including aerospace manufacturers, along with vital cost savings. Flight simulators themselves are nothing new. You can even have one on your own computer with Microsoft Flight Simulator. But technology continues to push the boundaries of what they can achieve in simulating real life. Leading aerospace engineering and training industries all over the world are investing in flight simulation. Take the U.S. Air Force. It spent over $20 billion and recruited the help of 25 flight simulation companies to improve its simulation & training acquisition and procurement process. When you consider the cost savings, it’s no surprise that uptake in simulation is so high. Reports show that training in a simulator is up to 20% less expensive than real life training. Air Force pilot training programmes rely heavily on flight simulation - over one-third of a pilot’s learning uses simulator-based training.

Effectiveness of flight simulators for Training

Before diving into the many benefits flight simulations provides, it’s important to touch on why they’re such a critical component of pilot training programmes. In certain scenarios, training in a flight simulator can be more effective than training in an aircraft. This by no means diminishes the importance of experience in the real aircraft. Instead, it highlights how much of the experience is transferable. For pilot training, flight simulation technology has two major benefits. One, it achieves all the training objectives using simulation alone. And two, it prepares pilots for real world aircraft training through familiarity and insight. Both scenarios drastically reduce the costs of training pilots and increase the effectiveness of modelling and simulation programmes. To see how effective the technology is, look no further than the U.S. Air Force’s Pilot Training Next program. By rolling out these technologies, trainee pilots became qualified in less than half the time it used to take. The success is down to students being able to proceed at their own pace using a simulation-based approach to training. This allows for detailed feedback on their performance at every stage. They could rectify their mistakes in the safety of a simulation before stepping into an aircraft. In this way, instructors can use simulations of a multitude of scenarios to prepare both trainees and experienced pilots. The costs of losing a plane or anyone piloting it during high-risk training exercises is too high. Simulators can replicate these dangerous conditions over and over again while operators become familiar with handling them in complete safety. All things considered, aerospace simulators play a vital role in pilot training programmes. Rising costs or limited budgets and familiarising pilots with the complexities of aircraft training are the key drivers for the wide-scale use of this technology. Live aircraft training is much more expensive in comparison and comes with a degree of risk to everyone involved. Adopting flight simulation technology into training and other applications has several key advantages:

Overhead costs for training pilots add up; aircraft require large amounts of fuel, and extensive maintenance is essential to keep a plane safe and running properly. Flight simulators reduce the number of airborne lessons required for trainee pilots - making programmes more affordable and accessible. In the UK, it’s mandatory for airline flight crews to undergo two days of training and checking in a flight simulator, twice a year. Without flight simulators, constant pilot training using an aircraft would cost airlines millions. The reports found that an airline with 1,000 pilots would have to spend around $60 million every year. On the other hand, flight simulators cost less than one-tenth of this figure. Without flight simulators, many airlines would struggle to remain successful.

With concerns surrounding climate change and our environment, reducing carbon emissions is critical wherever possible. Globally, aviation is responsible for emitting around 859 million tonnes of CO2 every year. Simulators have helped reduce this number and will continue to do so as the industry adopts more advanced simulations and VR technologies over the next few decades. Simulators often run for over 20 hours a day. Applying the same workload to an aircraft isn’t sustainable. Using simulators reduces carbon emissions and environmental noise. In certain scenarios, particularly before or after work hours, noise pollution can disrupt residents in the local area. It has also been shown to disrupt bird species and other forms of wildlife.

When it comes to practising dangerous scenarios, simulations can be advantageous for trainee pilots. This could include performing an abnormal procedure or operating an aircraft under a specific type of failure. A typical example for helicopter pilots is to learn what to do in the event of an engine malfunction during take-off. Studies have shown that simulation technologies have significantly improved pilots’ abilities to handle unexpected events during flight. For safety reasons, training in an actual aircraft under forced malfunction is impossible. This denies the pilot the opportunity to experience these failures and learn from them before the event of a real emergency scenario. Public concerns surrounding the environment, complex systems, and risks to flight crew have created training challenges for the defence industry and armed forces. Simulation technology has been a highly successful application in meeting these challenges. Our armed forces can run complex scenarios and test them while maintaining strategic and tactical safety. The RAF has successfully used six simulators to test and train helicopter crews in realistic engagements without the risk to and cost of using real aircraft. They have also used simulation training for mission rehearsal. Pilots can practice a mission, fly over unfamiliar terrain, and apply anything learnt to the real-life task at hand.

With extensive costs and time requirements of actual aircraft training, mastering the large range of procedures required to pilot a plane is challenging. Simulators can be used consistently between real aircraft training sessions to hone skills and increase familiarity. The level of accuracy of today’s simulation technology can replicate the size, position, and functionality of the wide variety of instruments in a specific model of plane. They can also replicate the conditions of locations and airports all over the world. Pilots are better prepared for location-specific demands that may be unreachable for actual aircraft training. It also minimises time constraints. If instructors want a particular condition for training, they can have it. This can be the time of day, type of weather and corresponding light levels, along with specific instrument or visual conditions. The end result is a faster pilot progression and greater familiarity with the plethora of scenarios pilots find themselves in - all achieved at a greatly reduced cost.

Flight simulation applications can also help determine the safety levels of modern general, public, and commercial aviation. Aircraft technicians can run through procedures without touching an aircraft. They can practice installations, removals, and fault checks in a safe environment where the learning process can be much more thorough and detailed. Emergency landing or take off scenarios can be replicated using simulation in both training and analysis. Cabin crews can undergo a variety of emergency procedures over and over again in a synthetic environment. Simulations have also been applied to air accident investigations to provide useful insight for preventing similar incidents in the future. The same principle also applies with great effect on improving aircraft design and manufacturing process.

Where is aerospace simulation heading?

Simulation culture forms a vital part of training programmes in the aerospace industry. This is widely accepted and utilised among institutions and businesses alike. As the capabilities of simulation technologies continue to grow, their applications in aerospace procurement, design, development, and training will grow along with them. As they become more refined, detailed, and advanced, the technology’s effectiveness to provide even greater realism, training, and skill transfer into the real machines, will also increase. If you’d like to know more about how simulation can benefit your aerospace business, please don’t hesitate to contact us. Want to stay up to date with what we're doing? Follow us on Twitter, LinkedIn, Facebook and Instagram.