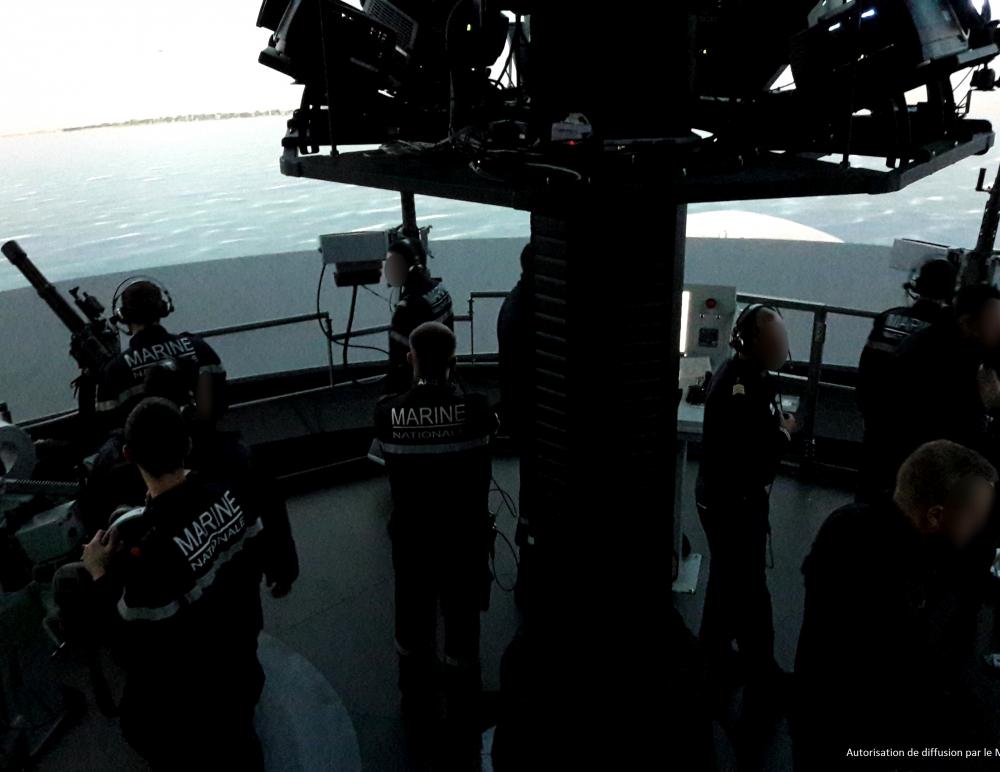 Paris (France), 28th November 2017 – Antycip played a major role, alongside Naval Group, a world specialist in naval defence, in upgrading the ship defence simulators (SIMDAV) for the Marine Nationale (French Navy), in the naval ports of Toulon and Brest (France).

With these two new simulators, the French Navy can create intervention scenarios in an immersive environment, allowing personnel to train and practice shipboard defence against any kind of threat. The simulators also help evaluate the chain of command, and the response process to interventions, helping ship board personnel, at all levels, to better identify, classify and react appropriately to threats. 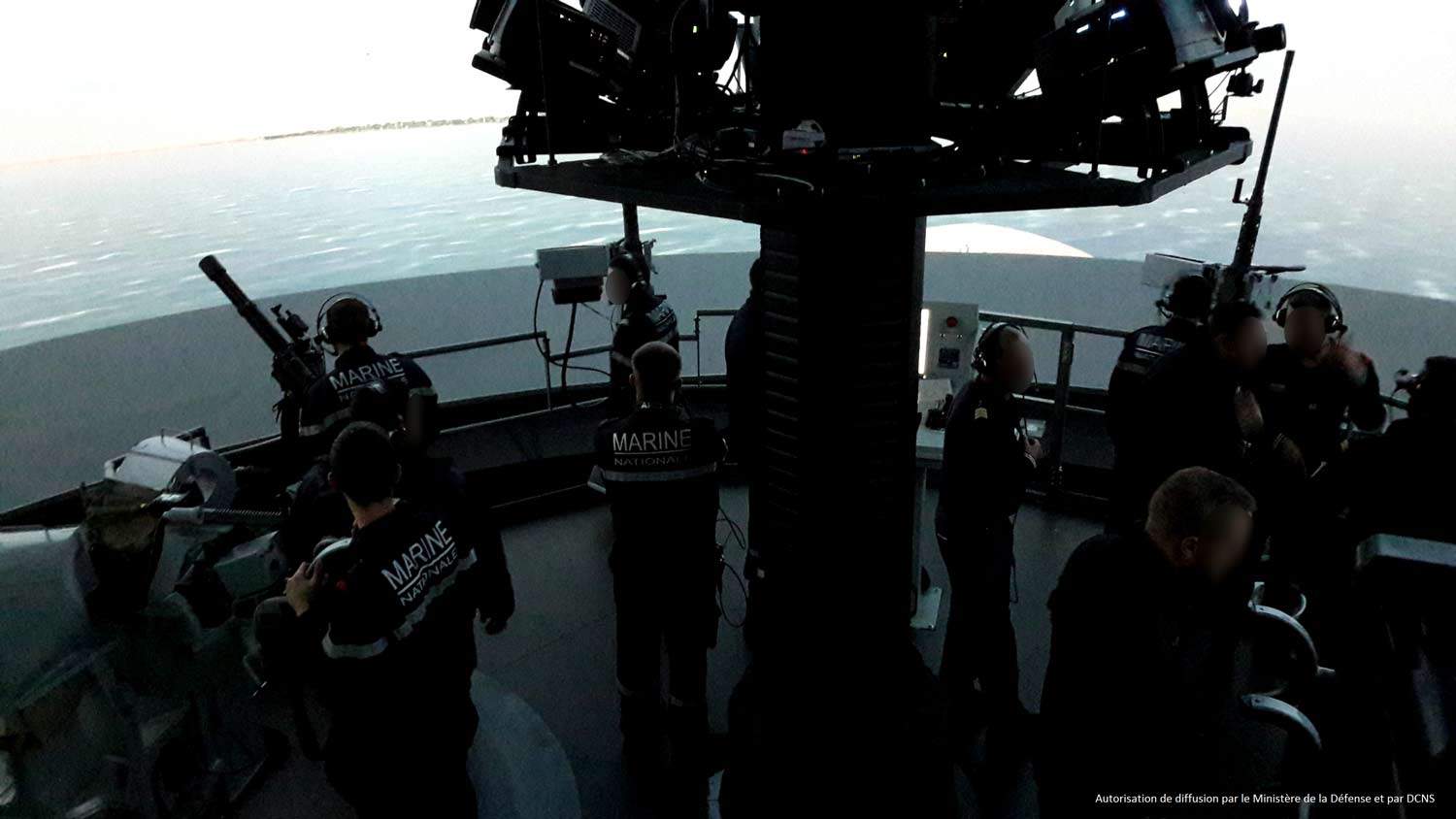 After selecting VT MAK’s CGF platform, VR-Forces (for animation and scenarios), and VR-Vantage (for 3D visualisation) simulation software, Naval Group briefed Antycip Simulation to adapt the software to the specific operational needs of the French Navy, as well as the design and implementation of the projection system for the immersive training environment.

Each simulator provides an immersive solution, allowing defence personnel to train in front of a 270° curved image projected onto a 16m wide dome.

An essential requirement for the simulators was to allow users to detect and recognise moving objects (planes, helicopters, ships, etc.) from a large distance. This was made possible thanks to the projectors high resolution (2560 x 1600 pixels). The simulation also shows infrared and image intensification images, allowing users to also be trained in the night time and low light operations. 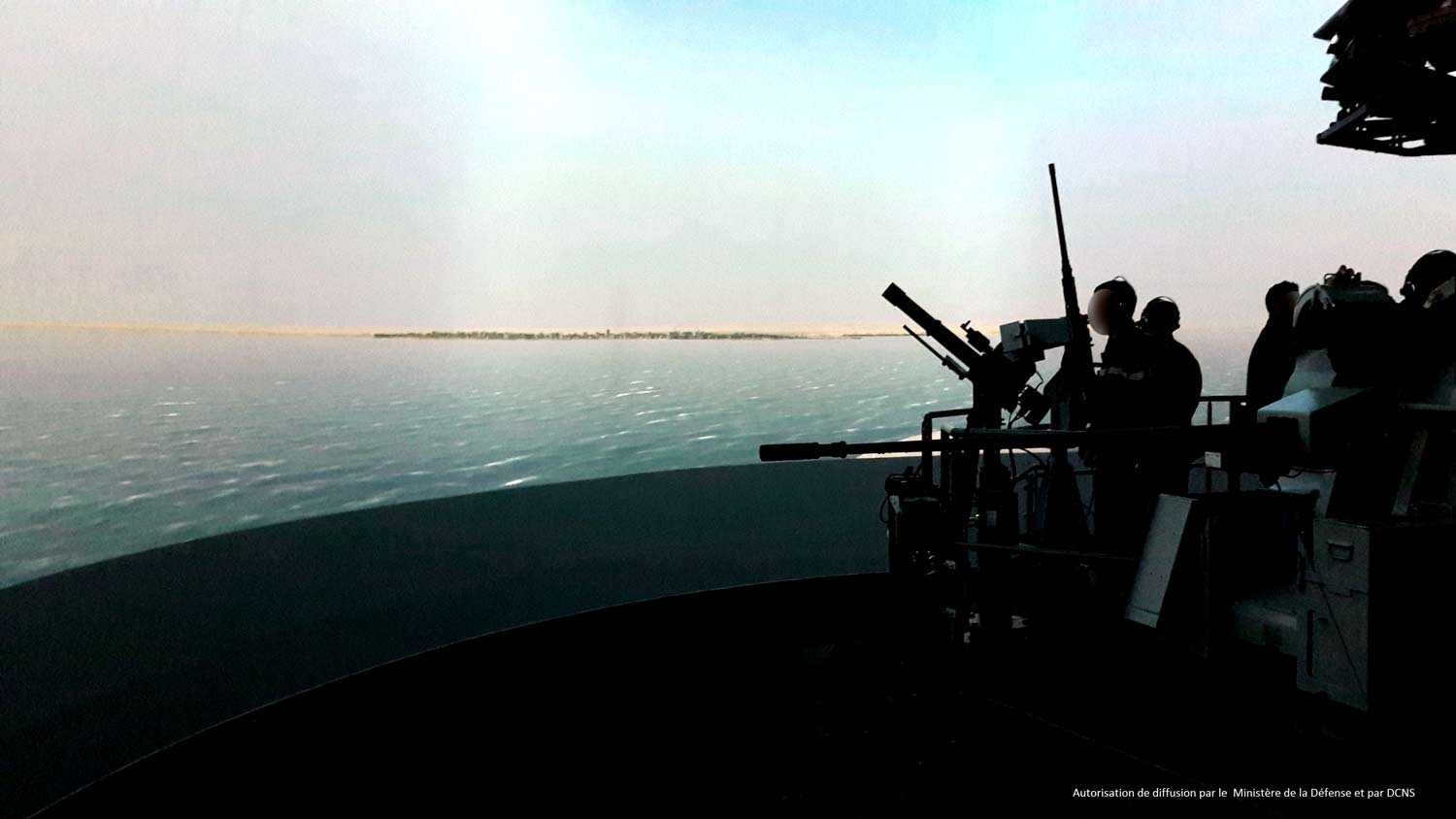 The COTS software solutions chosen by the Naval Group, which are distributed exclusively in Europe by Antycip Simulation, were adapted and tailored to match the specific needs of the French Navy. Alain Nguyen, Major Account Manager for Antycip Simulation France, explains: “Our software tools are project managed by Naval Group and integrated into a larger global software and hardware solution. These allow naval personnel to create scenarios for their training exercises, with an immersive and realistic rendering, both for the onboard tactical operations team, who manage the ship's operations and at a 3D visualisation level for the actual personnel manning the simulated weapon systems.”

Specific work was also carried out on the sound system, which is spatialised in the simulators to further enhance the trainee’s immersion in the simulation.

The recording and replays of training sessions are also managed by the VT MAK software, and are used to help analyse the decisions and actions taken in the training session. This is an essential tool for both Naval Group and the French Navy as it helps to maximise the training performance and results through the act, review, refine, process.

Antycip Simulation also provided COTS 3D content for the terrain and vehicles (air, land and sea). And overall, the project required a year of IT development and eighteen months of 3D content creation.

Johan Besnainou, Antycip Simulation Director for France and Spain commented: “The growing success that Antycip Simulation has enjoyed in the last few years puts the company in an ideal position as the leader in the Simulation and VR markets. We are proud to have been chosen by Naval Group for this strategically important national defence project. Their trust in us, is proof that we offer the most suited solutions for the defence, industry, business and training industries.”