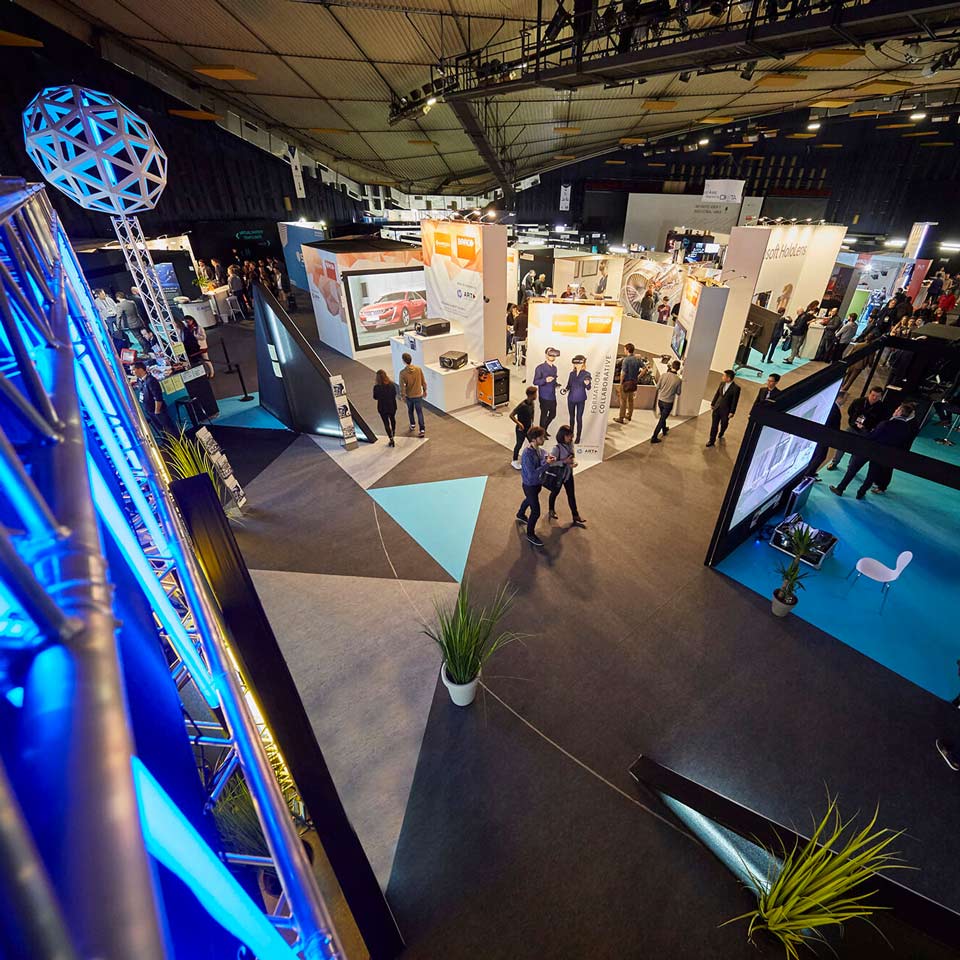 Partnering with Vioso and Christie, Antycip Simulation will boast a huge 90sqm stand (F34) in the main hall of the exhibition, showcasing its hallmark innovative VR solutions for customers to experience the benefits of face-to-face VR at every level.

Johan Besnainou, Antycip Simulation’s director for France and Spain, notes: “We’ve been attending Laval Virtual for over a decade – having grown significantly over the years, it is now recognised at an international level for bringing together established organisations, start-ups and enthusiasts across the cutting-edge VR and AR community. We consider it to be one of the most important events in our calendar; it’s a thriving hub for both discussing projects with our existing clients and meeting potential new customers. This year we’re excited to team up with our trusted partners Christie and Lumiscaphe to showcase the true breadth and depth of what we can offer in the VR space.”

Antycip Simulation has enjoyed a long-standing relationship with projection manufacturer Christie in France, using its visual solutions in all its VR installations in France. Founded on the capabilities and benefits of Christie products, the relationship has grown thanks to the synergy between the two companies alongside mutual respect of each other’s expertise – which has driven many projects to success.

At Laval Virtual, Antycip Simulation will also partner with Lumiscaphe – an editor and integrator of innovative software solutions in the digital aspect mock-up (DAM) and photorealistic, real-time SD rendering fields - on stand at this year’s Laval, in keeping with its philosophy of partnering with the very best OEM’s. This blossoming relationship sees Lumiscaphe’s software product complementing and extending the benefits that Antycip Simulation’s customers derive from the VR installations and products that it installs – with leading vehicle manufacturers engaging the pair on a range of projects and future developments.

Collaborative in its design, one half of the stand will be dedicated to Lumiscaphe’s demonstrations, with Antycip Simulation hosting meetings and demonstrations in the other half – the latter featuring a large 4x4m screen for VR demonstrations using a Christie DWU1075-GD laser phosphor projector. Fitted with a short-throw lens, this 3D capable 1-Chip DLP projector boasts 10K lumens and features HDMI 1.4, HDBaseT, with up to 120HZ output. A highlight of the stand, this VR power wall will show the immersive, collaborative benefits of high end, face-to-face virtual reality in all its glory.

A 3x2m screen will also be on the stand to demonstrate the ASVR Aquila – Antycip Simulation’s one box, portable solution for face-to-face virtual reality which allows any meeting room wall or screen to be turned into a VR power wall for more immersive and collaborative meetings. Celebrating its formal debut at Laval Virtual, the ASVR Aquila is ideally suited to smaller organisations looking for a collaborative face-to-face VR solution in a cost effective package, or larger organisations which are looking for additional VR solutions to complement their existing VR CAVEs. ASVR Aquila is also ideal for those organisations looking to move on from the use of HMDs (head mounted displays) into the more collaborative capabilities of face-to-face VR.

Designed by the experts at Antycip Simulation, the ASVR Aquila harnesses the capabilities of Christie projection technology, an HP workstation, tracking system, 3D glasses and an ART interactive wand. While the core components are standard, the product can be tailored to customer’s needs in terms of the VR peripherals, other supporting elements, and budget – giving the product a degree of flexibility to meet customer needs and requirements. Portable, easy to use and with low power consumption (950W), it takes just five minutes to set up and weighs only 43kg. Its big, bright display makes for easy viewing and sharing with a 2.8m/110” and 3,500 lumens image. ASVR Aquila is available to buy from Antycip Simulation’s Paris, Oxford (UK) and Milan (Italy) offices.

“Laval Virtual is a great showcase for how VR in France is being championed in a combined public-private partnership; the growth of the show over the last two decades into a destination VR event with visitors from all over the world is testament to both the vision of the organisers and the championing of VR in France as a paradigm-shifting technology. Together with Christie and Lumiscaphe, we look forward to receiving some ambitious forward-thinking project briefs to channel our expertise,” concludes Besnainou.