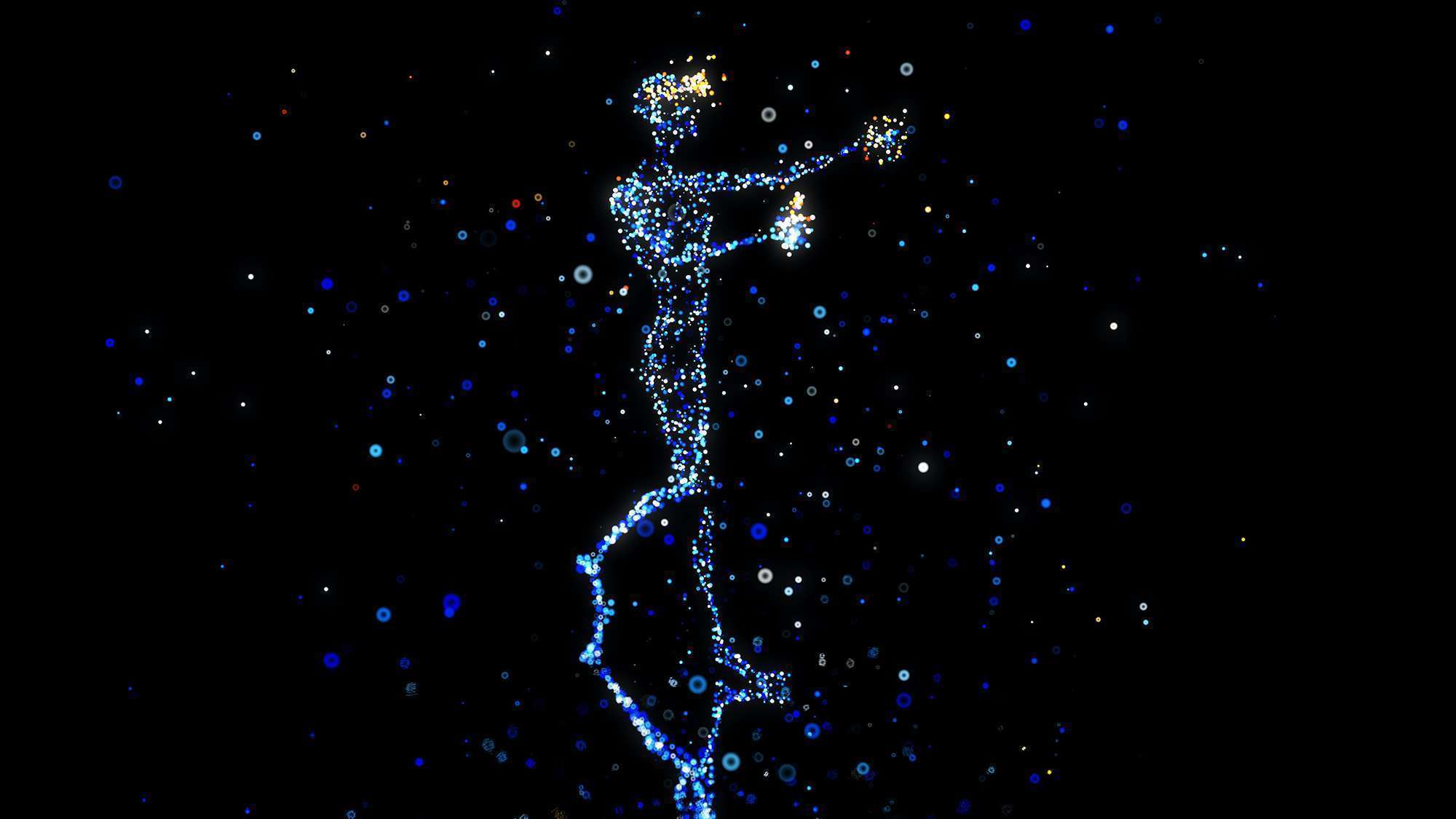 25 years of simulation and VR in the marketplace

How Simulation and VR has changed over the last 25 years

Since the beginning of the 21st century, few things have advanced as far and as fast as technology. Smartphones have evolved from bulky gadgets lacking 3G support to sleek devices owned by approximately 80% of people all over the globe. Electric vehicles have reached benchmarks of over 200 miles on a full charge.

Yet some of the most untapped and powerful technology to have advanced over the past 25 years is in simulation. Simulation and VR are undergoing a kind of renaissance in mainstream perception, and their as-yet untapped potential in training, defence, automotive, retail and even socialisation is producing ambitious projects from big names in tech.

Looking back at 25 years of simulation in the marketplace, just how much has changed? Where are we now compared to a quarter of a century ago, and where might the future be headed?

In 1987, Antycip started out as a small distributor of automatic test equipment and embedded electronics in France. Simulation isn’t yet on the company’s radar, but a small team would be assembled in the near future to assess the very early beginnings of the PC-based simulation industry.

What happened in the 90s?

Today’s computing power empowers us in many ways, and it also provides a stark point of comparison that helps to show us just how far we’ve already come. Products of early computer imaging like Apollo Computer’s ‘Quest: A Long Ray's Journey Into Light’ might appear clumsy and even low-quality by modern sensibilities, but they are nevertheless important markers of progress. The visually staccato movements of such an early animation were once the cutting-edge of simulated characters achieved entirely through computers, and they’re partly responsible for enflaming aspirations to push the technology and its results even further.

Alongside progressing computing power, advancements in computer generated imagery (CGI) have been – and continue to be – instrumental in the veracity and realism of simulations, particularly those serving functions in real-world training and situation planning. The more realistic the digital world surrounding the participant, the closer to an authentic experience we can build.

Through the late 90s, techniques in computer graphics were being advanced and redefined, at first serving mainstream needs such as in the film industry. Modelling techniques such as subdivision surfacing were being applied in these areas for animated works, a method in which a polygonal mesh is used to calculate smooth, curved surfaces. A newly proposed scheme within this method emerged in 1997, and subdivision surfacing itself helped to create Academy Award-winning Pixar short, Geri’s Game.

Pixar essentially proved the validity of this technique by using it to produce models with realistic skin and lifelike details.

In the same year, virtual reality (VR) was making headway as a genuine avenue of training and human conditioning. Decades prior, the concepts that served as the blueprints to what we now recognise as VR had been developed and refined. One such forerunner was the Ultimate Display, introduced by computer scientist Ivan Sutherland.

Ivan’s vision was a familiar one, almost strikingly so. Using a head-mounted display (HMD) of Sutherland’s own design, the user would be presented with a virtual world in which they could interact with objects. “With appropriate programming,” Sutherland wrote, “such a display could literally be the Wonderland into which Alice walked.”

A program known as Virtual Vietnam came into being in 1997, created by a joint research team from two American universities, Georgia Tech and Emory University. The program created a VR environment with the focus of treating Vietnam War veterans suffering from post-traumatic stress disorder, by way of exposure therapy. It consisted of two distinct environments: one of an open field, and the other of a helicopter with a mounted gunner position.

Programs such as these are still being utilised to this very day to help those who can benefit from immersive therapy empowered by simulation.

Feedback and responses from users displayed immersion in the virtual environment, with the first patient reportedly reacting in ways that included ducking under aircraft blades and cursing upon stepping into a swampy area. The study suggested that using VR in this way helped patients to visualise and explain their trauma, aiding informed treatment and understanding.

1997 also marked the incorporation of Antycip Simulation and the beginning of what would become a leading name in simulation. The company was bought by Convergie just a year prior in 1996, and in 1998, it would establish its UK office.

In 2001, the first PC-based cubic room was installed in France. This four-walled structure used technology based on build 2225 of the Unreal Engine to create an early VR CAVE with head and hand tracking.

Antycip achieved its first full project integration in that same year with Maritime Simulation, a VR project that bears a striking familiarity to the company’s modern day market. Two years later, an Italian office is established.

Whilst not strictly an application of simulation, Google’s 2007 launch of its Street View feature employed principles of 360-degree imaging that form the bones of many simulation applications today. Their implementation of a stereoscopic 3D mode in 2010 brought it even closer to the current simulation landscape that integrates gyroscopic technology in HMDs.

In 2008, Antycip is purchased by ST Engineering and becomes Antycip Simulation, officially bearing the name of the industry it would grow to revolutionise even more.

In the same year, commercial VR took a big step forwards with the debut of the Oculus Rift. This HMD featured a 90-degree field of vision, an amazing offering at a time when most other displays on the market offered 30 to 45 degrees. Oculus was crowdfunded through a massively successful Kickstarter campaign that raised over $2.4m against a goal of just $250,000, and the fact that its creator, Palmer Luckey, was just 17-years-old at the time also piqued the interest of many.

Though much of its interest and projected uses was within the gaming industry, the Oculus Rift had a significant impact on mainstream perceptions of VR. For many, it made the strange and largely unexplored world of VR a tangible commercial product overnight, and when it reached its Kickstarter goal in just 24 hours, the demand for VR was clear.

Then, in 2014, Facebook – now Meta – acquired the Oculus Rift for an incredible sum of somewhere between $2 and $3 billion, with no source quite able to confirm the true number. If the potential of VR had not been clear until then, such a huge deal confirmed it. Immersive experiences were the future.

This acquisition marked the very first public moves towards Meta’s heavily scrutinised goals in the pursuit of building their own ‘metaverse’, a simulated world speculated to combine virtual reality, NFT blockchains, a digital economy and many other ideas that seemed confined to the realms of sci-fi for so long.

In 2015, the HTC Vive headset and controllers hit the market, introducing an important shift in the technology and its capabilities. Vive utilised room-scale tracking, meaning that users didn’t simply stand still and pilot their virtual representations via controllers. Room-scale tracking means that the user’s physical movements are translated into the virtual environment, making interaction more authentic and allowing users to truly explore their environment within the context of the simulation.

CAVEs overcome the limitations of using HMDs, such as discomfort from prolonged wear and latency errors, and they are more suited to scientific and engineering sectors where the goals of simulated environments shift from entertainment to more vocational aims.

The modern era and beyond

In July 2020, Antycip Simulation officially became ST Engineering Antycip, being fully integrated into a much larger group with a focus on simulation and training at end user level and with core competencies in advanced engineering at group level.

Modern simulation technology has achieved the heights that many scientists and engineers dreamed and theorised about as far back as the mid-1900s. It may not be as cheap and ubiquitous as they envisioned, but the power of simulation has advanced to the point of being able to present truly immersive environments, and its ability to scaffold training that rivals real-world exercises is truly impressive.

Real-world training that would prove costly, time-consuming or highly dependent on the time of year can be carried out repeatably with simulation environments that don’t present the same risks of failure.

The market for healthcare simulation alone is forecast to reach $3.4 billion by 2026, and military simulation is expected to grow to $12.2 billion by 2027. That should come as no surprise; both of these sectors benefit heavily from the ability to practice certain routines and procedures without the need for their real-world contexts.

Medical simulation training gives learning professionals the chance to encounter mistakes and change their behaviour in a way that doesn’t risk the health and wellbeing of living patients, nor sacrifice the professional identity of health practitioners.

Immersive VR training for military and defence allows soldiers to grow situational awareness for scenarios that they haven’t actually yet experienced, honing skills and behaviours so that they’re ready for when the time is right.

Future simulation solutions can seek to minimise similar risks in training for all kinds of sectors, possibly one day making these accidents a thing of the past. It can also demonstrate areas of improvement and priorities in technology that has yet to improve before seeing mainstream usage, such as autonomous vehicles.

The tools of modern simulation

An important component of simulation is artificial intelligence, or AI. Realistic graphics provide a convincing world to immerse oneself in, but AI is what provides the means to populate that world with people and animals, and realistic physics and weather as well as other systems that bring the experience closer to reality.

Realistic physics engines and AI are the tools that allow training within these environments to ascend to an almost uncanny level. Defence simulation training platforms, like MAK ONE, incorporate details such as realistic rotor wash – the downward stream of air generated by the blades of aircraft, like helicopters – that disturbs the surface of water in authentic ways, allowing it to be observed and accounted for in the training of pilots who may have to conduct rescue and recovery missions out at sea.

With the right software infrastructure, a wide range of hardware can be used in conjunction with simulation set ups, from LED and LCD screens to radio headsets and vehicle control panels closely matching their real-world counterparts.

Some of the technologies that are exploring the borders of simulation are themselves still developing, such as NFTs (Non-fungible tokens).

Ongoing challenges in training and education

Although simulation presents cost-effective training solutions, there are still hurdles to overcome.

One of these challenges is cybersecurity. As data storage leans more into cloud-based technology, the safety of sensitive data could be jeopardised if security does not evolve at an equal pace. Classified data tied to military and governmental purposes is particularly at risk if not properly secured.

Sourcing the talent to continue developing and maintaining simulation systems may also present itself as a challenge, as VR has seen so much success in entertainment-focused industries that may represent the biggest competition for individuals with the necessary skills.

Other challenges like education and competence amongst senior leaders and the feasibility of international cooperation remain, but continuing investment into – and adoption of – simulation can bring these barriers down. As simulation-based training and support becomes more commonplace, shifting paradigms will see these systems become better understood and implemented.

Simulation and VR have had quite a history, and their future is even brighter. ST Engineering Antycip has been on this journey every step of the way and evolved into a major player in the industry, creating COTS simulation solutions for aerospace and space, engineering and construction, education, research and many more markets and applications.

We are excited to continue to grow and shine with new developments and innovations in the industry.

To learn more about how cutting-edge simulation technology can deliver cost-effective solutions for you, contact us today.