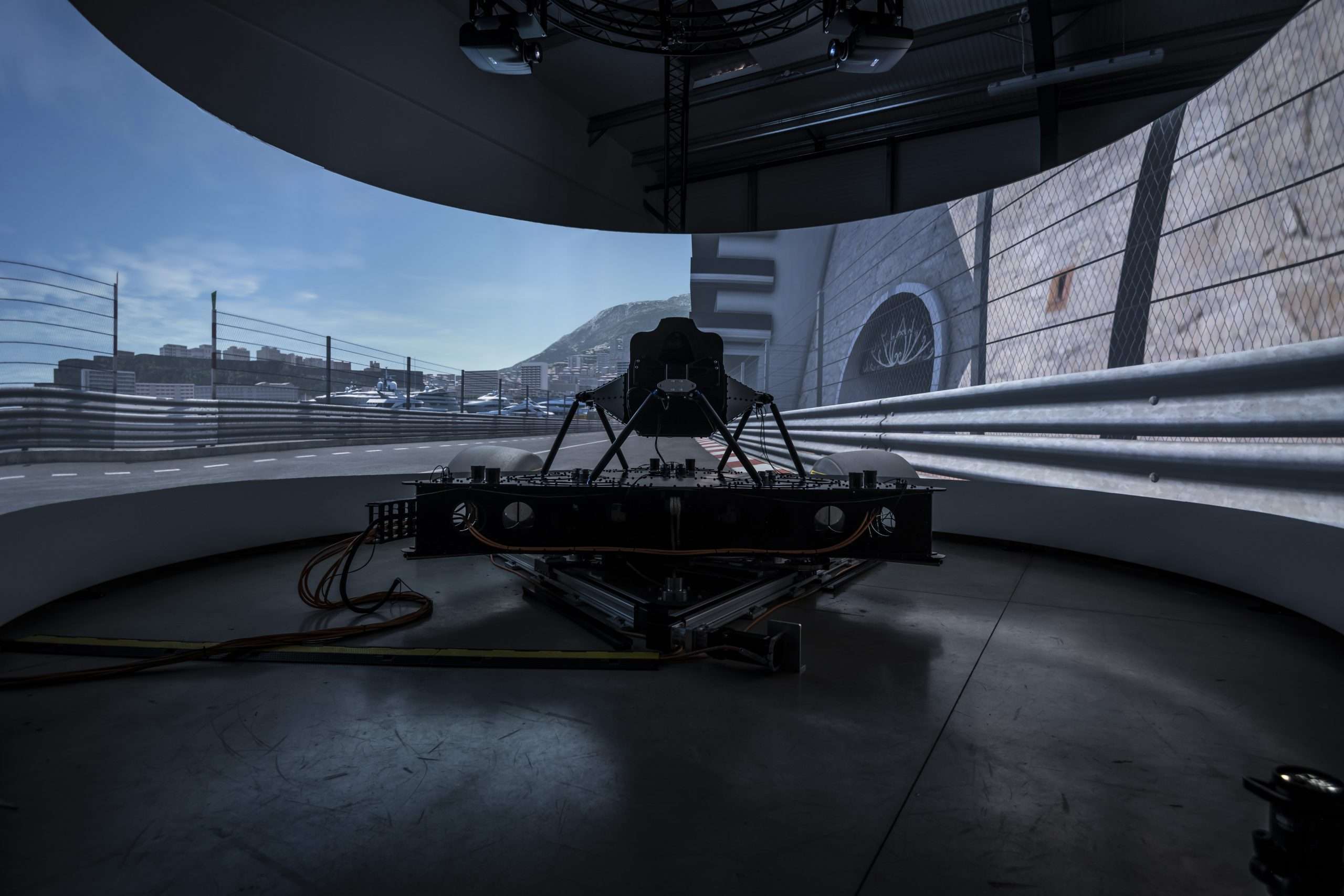 Use of motion platforms for driving simulators

Driving simulators have advanced dramatically since the days of simply having a steering wheel and pedal peripherals set up in front of a screen.

Motion platforms for driving simulators help push the experience of driving in a virtual environment even further, making the experience more realistic, better suited for training, and higher fidelity as an analogue to driving a real vehicle.

How We Can Help Your Project

What are motion platforms?

Motion platforms have the purpose of moving the user in correlation with the vehicle being piloted as per the simulation. For instance, if the driver turns a car left in the simulation, the motion platform banks and positions itself in such a way as to make the turn feel realistic to the user, as though real world G-force were acting upon them.

They can simply be small platforms a driver’s seat is mounted on, or they can be platforms holding an entire vehicle (albeit stripped down from, say, a car with all of its parts).

Motion platforms don’t focus solely on directional movement; they can also jolt and vibrate to simulate the feeling of changing gears in a car or traversing rough road surfaces. Seatbelt tension can also simulate the force felt when braking sharply. 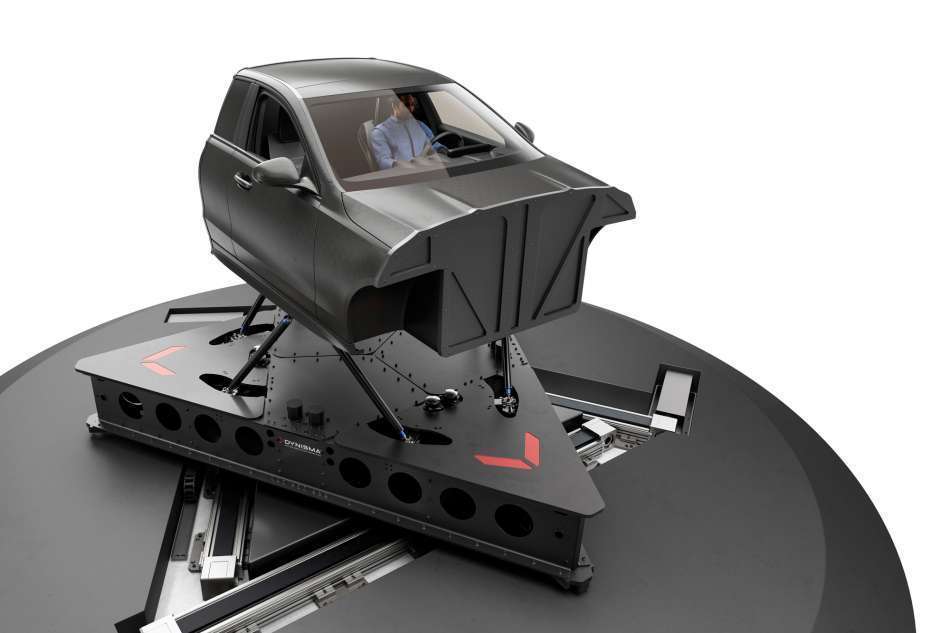 Why use motion platforms with driving simulators?

The role of a motion platform within a whole simulation scenario might be little more than an embellishment for entertainment’s sake, or it could be an integral part of making the act of using the simulator the most immersive experience it can be.

For commercial entertainment, a motion platform is an attractive prospect. It provides an extra degree of realism and amusement for racing and driving simulation games, and brings the game itself closer to the real experience. This is particularly effective when coupled with immersive technology like head-mounted displays or surrounding screens, and when the driver’s cockpit is designed to closely match that of a real racing car.

When used in driving simulators that aim to test and train rather than entertain, motion platforms take on a new level of function. Driving simulators used to train ahead of races, for instance, need to be a high-fidelity as possible in order to help drivers train as effectively as they can before getting onto the track for real.

As well as sharp graphics and realistic audio feedback, this means getting a feel for the directional forces that will be experienced when driving around the track. Since motion platforms can accommodate this movement by tilting and repositioning in response to banks, turns, and cambers, they’re an effective way of preparing the driver for the features of a track beyond only knowing the turns and overall shape of the course.

Projected displays help to construct the virtual world around the user when integrated into DIL (Driver-in-the Loop) simulators.

These can be managed even on limited budgets, as proven by some of the projects that ST Engineering Antycip has helped with. 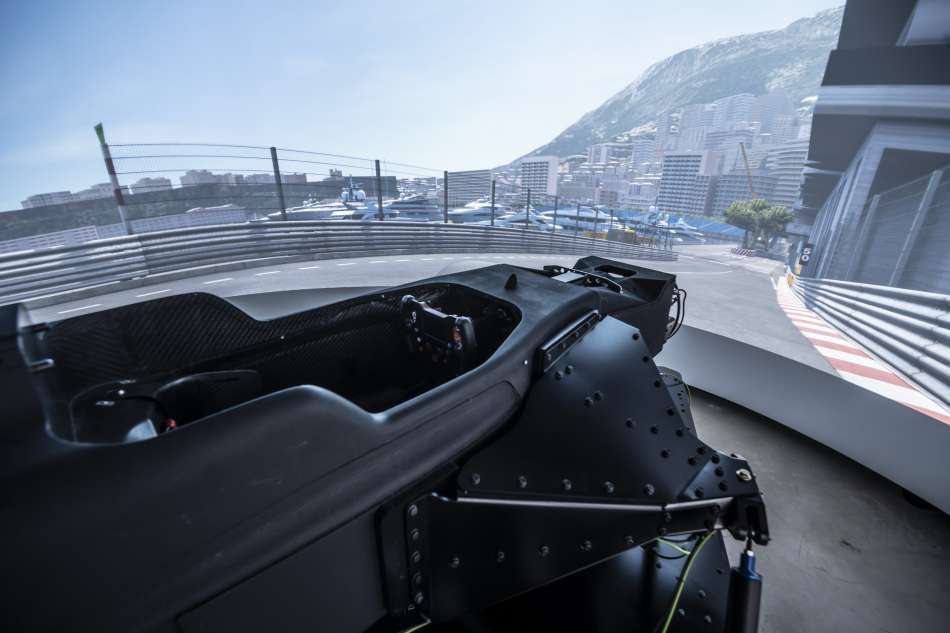 What are the challenges of using motion platforms?

Motion platforms often use complex and meticulously designed technology to provide the most realistic haptic feedback they can. To this end, they can demand a large amount of space — particularly those designed for high-end use — and will often suit only purpose-built facilities.

In order to properly match up with the simulation on screen, motion platforms also need a very small amount of latency.

This is the gap between something happening in the simulation and the platform responding accordingly, for example, banking to the left to match a turn made by the virtual vehicle.

have answered this need by reducing the latency of their platforms to handfuls of milliseconds, making their use with driving simulators highly advantageous. Prompt feedback allows drivers to develop their response times as well as making the simulation itself far more immersive and therefore validating for the user.

Do you have any queries about driving simulation and the technology needed to set one up? Contact ST Engineering Antycip today — our unparalleled expertise in simulation will give you the answers you need.