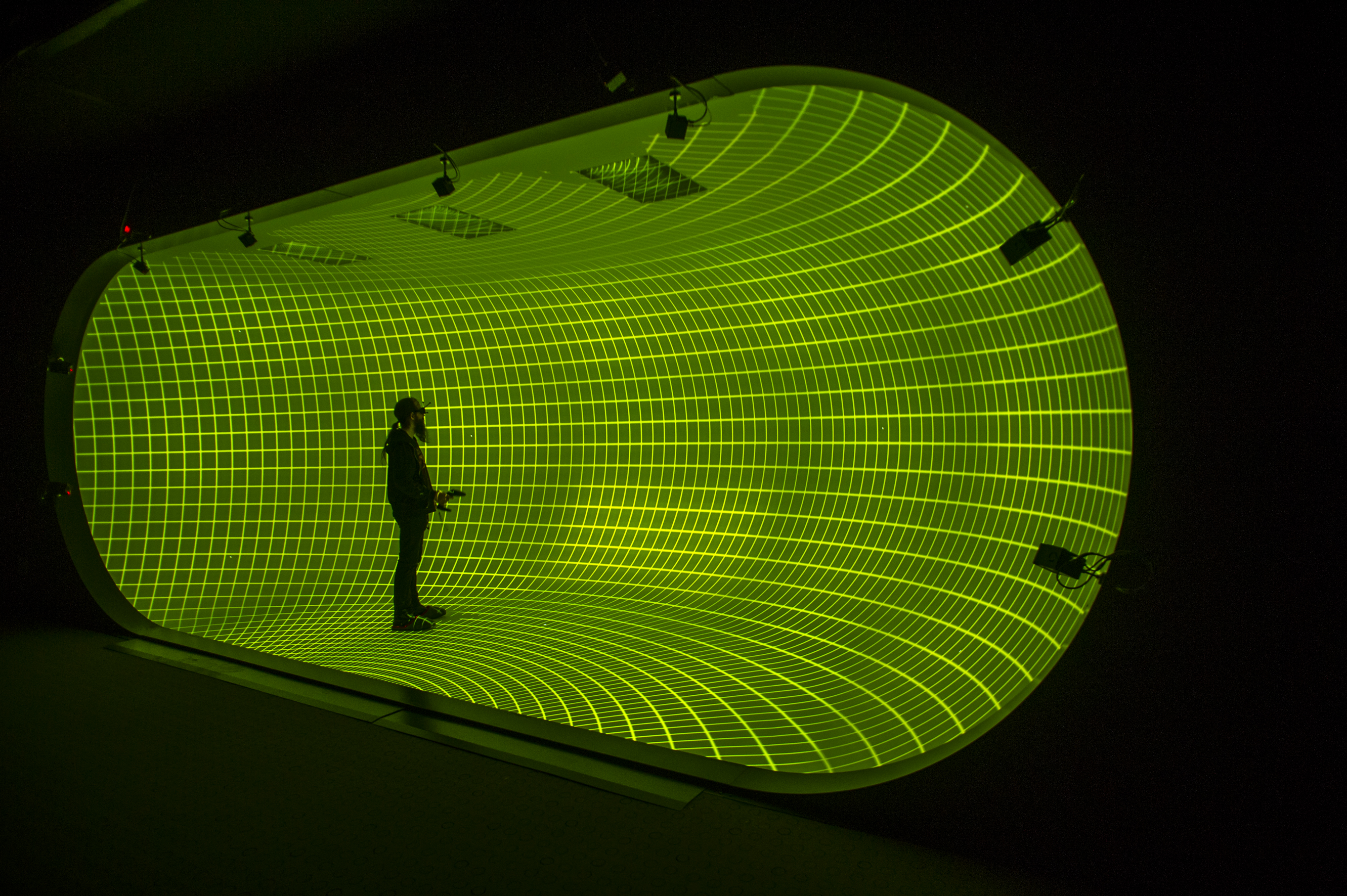 Virtual Reality (VR) has taken the world by storm with its seemingly endless applications across a range of industries from gaming to medicine.

Head-Mounted Displays or HMDs have become one of the most popular commercial VR products, most notably the Oculus Quest 2, Valve Index, HTC Vive Pro 2 and the Varjo VR-3 headsets. These enterprise-grade virtual reality headsets not only provide the individual with interactive controls and a binocular display but also a real-time perspective and head movement tracking, allowing for an impressive immersive simulation experience.

Many technology companies such as Antycip have worked on the VR CAVE - Cave Automatic Virtual Environment system, which overcomes some of the biggest flaws and limitations users find with HMDs, especially in engineering and scientific applications. 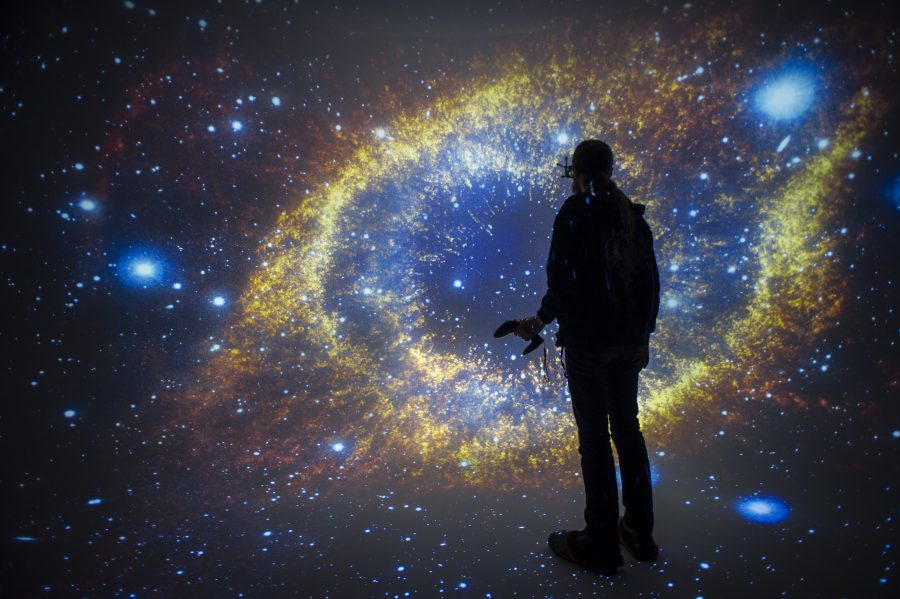 Whilst HMDs have been used in virtual reality gaming and a few engineering applications, the CAVE was developed for use within scientific and engineering industries. The CAVE uses large screens, at a distance from the viewer, allowing more people to experience the VR and removing the discomfort and disorientation of wearing a headset.

The benefits of the CAVE aren’t simply limited to its multi-person usage but how incredibly immersive it is without isolating individuals from their real-world surroundings. One of the biggest issues with VR HMDs is how the user is completely isolated from the real world which users can find disconcerting, disorienting and even frightening. 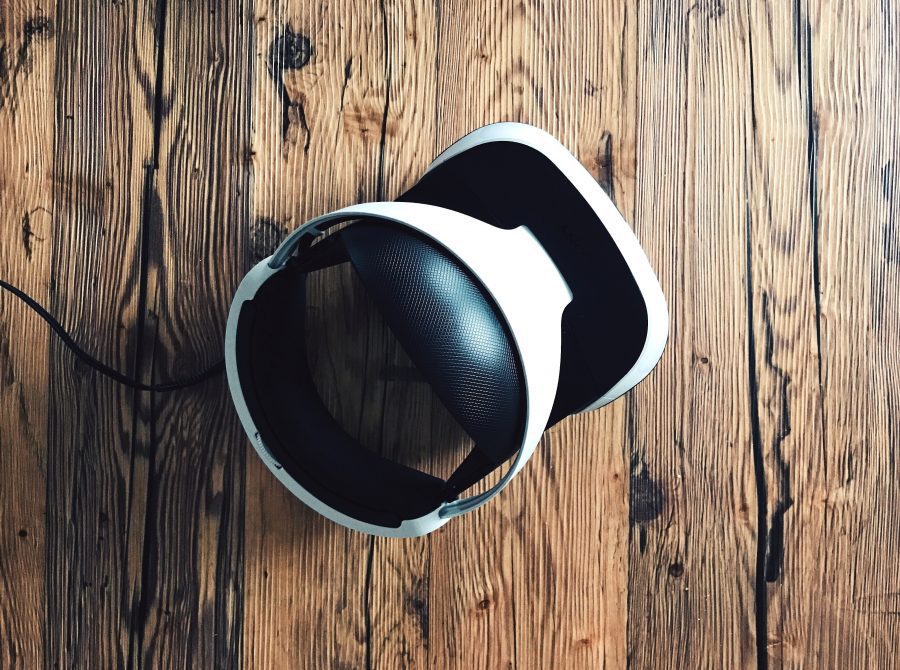 There is also a risk of users walking into walls, furniture, or other people. Tracking errors can also be prevalent in budget HMD’s, which can be distracting to the user, completely, taking them out of the immersive reality. CAVE tracked latency errors are much less noticeable as the user’s position and line of sight is not locked to the projection.

A standard VR CAVE configuration works by projecting images onto three sides with a fourth projector displaying a related image on the floor. The display will be a 3D stereoscopic image, projected at 120 Hz and controlled by a computer that uses a high-end graphics card. This combination allows for a full room of immersive three-Dimensional visuals that can be viewed by groups of people. The CAVE can allow viewers to easily manipulate intricate 3D models with natural human-based interactions.

A VR CAVE is the perfect system to thoroughly explore design, data and more. The applications of the CAVE stretch far, with engineers, scientists, those in the medical field, designers and more all being able to work in a comfortable and immersive room for long periods of time. The CAVE is arguably a more productive use of VR allowing for face to face discussion and for visuals to be better discussed and understood. It is easier to step out and take a break knowing that everyone is at the same stage in their VR learning.

The professional uses of the VR CAVE outweigh that of HMDs, creating an immersive, and more comfortable environment for multiple people to use at the same time.

Given the high degree of utility, VR has for design and prototyping solutions, companies are increasingly proving that it is possible to design VR headsets that are intuitive to use and prevent many of the issues around interacting and VR induced sickness that earlier models encountered.

The Varjo VR-3 by Varjo Technologies is specifically designed to counter many of the obstacles encountered by early adopters. This can be seen in the platform’s commitment to visual fidelity with the deployment of a Bionic DisplayTM that allows for human-eye resolution. Elements like this allow viewers to better deal with the motion sickness that accompanies visual latency or the uncanny valley effect that many users may find themselves suffering through. This also massively cuts down on the cost of providing a physical simulator and allows for any virtual space to be tweaked, modified, and metricised exactly as you need it.

The latest VR-3 model also includes integrated hand tracking and the most fastest and most accurate integrated eye tracking at 200 Hz, allowing individuals to interact with 3D space in a way that was never possible, helping to eliminate latency as a common bugbear. This removes controllers as an obstacle and allows for intuitive, real-world interactions with virtual elements – whether it’s refining a design, adding notes in a collaborative space, or carrying out in-house training.

This makes it incredibly useful for a range of enterprise actions, from conducting rapid prototyping, surgical training in the medical sector to simulation of battlefield environment for defence personnel. Whether you are designing objects, walking through spaces, or tweaking models – all elements can be quickly recorded and shared, allowing for true collaboration with professionals of all levels of aptitude.

The CAVE provides a collaborative environment, whereas a VR HMD isolates the user from his/her immediate surroundings, including other humans. So, no matter what solution you choose to deploy the VR environment – there’s a good chance that it’ll suit your work down to the ground.