Additionally, paste this code immediately after the opening tag: The Top 10 VR and AR Technology Trends to Try in 2020 | ST Engineering Antycip 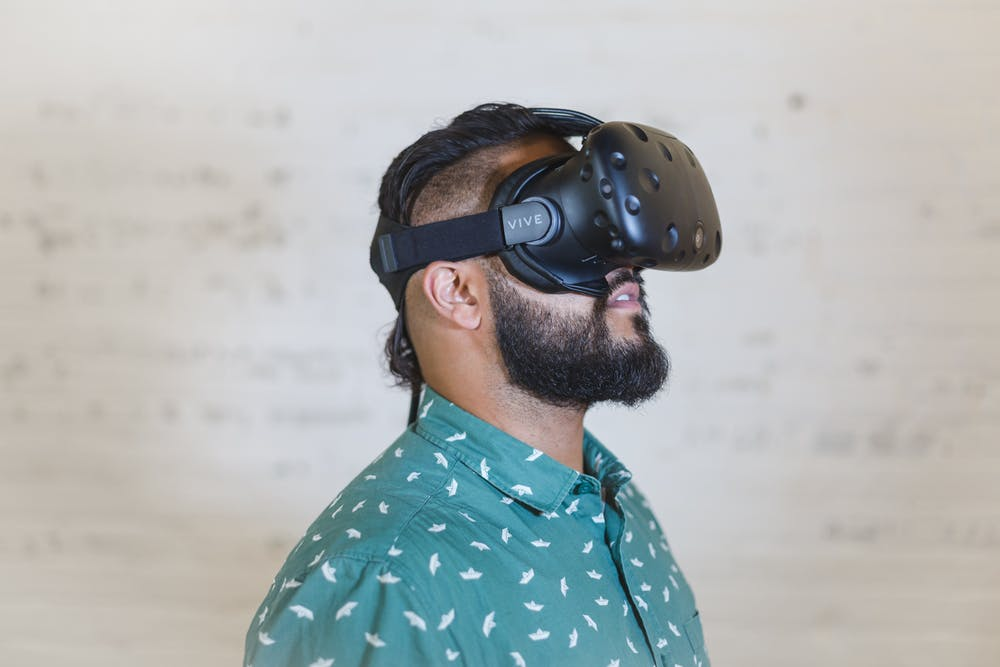 For technology lovers, it’s an exciting time to be alive. Each and every year sees big progress in the technological world, opening up new opportunities and new experiences. Two of the leading technological fields that are constantly innovating and progressing – not just the way we live our lives, but also the way we access the world around us – are VR (virtual reality) and AR (augmented reality). Virtual Reality or VR allows us to be totally immersed in a virtual world – it’s not quite at the level of The Matrix yet, but it’s getting more and more realistic. Augmented Reality or AR allows the world around us to be manipulated by the technology. These technologies are getting increasingly powerful, with the most common example being app-based mobile games that use your geographical location and the world physically around you within the gameplay.

What are the top ten AR and VR trends?

At Antycip, we know there are a lot of VR and AR technology trends on the rise this year. Here are the top ten most exciting VR and AR trends to watch for in 2020.

1. Widespread Adoption of VR and AR

While virtual reality and augmented reality are technologies that have been around for years and derive from concepts that date back centuries, it’s only in recent years that the technology has reached a level where it’s able to become more and more widespread. The ideas behind AR and VR are nothing new. What is new is the desire for bigger, better, or simply easier experiences, be it in the entertainment industry or just in day-to-day life. As humans become more technologically minded, nothing seems quite so alien or extraordinary to find in modern society. This acceptance is making the adoption of VR and AR across different fields a more progressive and widespread event. This upward trend in the use of VR and AR will only continue to rise over the next few years, and we will begin to see the world in very different ways. There are exciting times ahead of us in the technological world, and it’s best to get ready for big changes now.

As part of this upward trend, the use of mobile AR is only going to become more and more widespread. As people across the world increasingly have easier and cheaper access to more powerful smartphones, augmented reality is playing a bigger role in our mobile experience. Games like Pokémon Go took the world by storm. By using AR technology that allows you to interact with the world around you from behind the screen of your smartphone, they created the next level of gaming simulations. Big companies like Samsung and Apple are driving the integration of AR with smartphones and mobile apps. They are looking to further the usability of phone apps, as they produce increasingly intelligent hardware.

The increased use of AR and VR is down to the technologies’ increasing merger with AI. While this virtual world can be confusing to get your head around – we have a quick rundown of common terms here – just know that technology is becoming better and better. AI, artificial intelligence, is changing the way that the computers and smartphones, we use in everyday life can interact with the world around them. While this sounds like something out of The Matrix – and perhaps, to many, it sounds like a terrifying concept – it’s a trend that isn’t going to stop anytime soon because it has so many useful applications. Science and technology are benefitting immensely from computers being able to interact on their own. For your everyday Instagram user, the merger of AR with AI allows the app to give you filters, while Facebook users benefit from better and better facial recognition when it comes to tagging photographs. While this merger of AR and VR with AI will raise never-ending moral questions, it’s not likely to slow down anytime soon.

One field that is set to benefit massively from the advancement of VR and AR technologies is education. Across different educational fields, be it in primary school or at a medical university, teachers are increasingly turning to virtual reality technology to help provide a better standard of education. On a basic level, the introduction of VR in education allows students to be immersed in a VR world that can take them far away from the confines of that classroom. VR technology gives students a more visual and absorbing lesson, and it can be provided at lower costs too.

5. Increasing Use of VR and AR in the Military

As VR becomes more prevalent in the field of education, this widespread use of technology won’t just be used in schools or universities. This is because, like many things, the driving force behind its development is the military. Better technology allows the military to offer its recruits a level of training previously unheard of, as different battlefield situations can be replicated virtually – just think of Call of Duty, and other first-person shooters. As well as the use of VR in military training, the military use AR technology that gives its soldiers a better awareness of the battlefield around them using technology similar to that being created by mobile game developers. This helps them with all manner of things, from finding the enemy to reading different tactical situations in a more efficient manner.

An increasing trend in the VR and AR world will see the use of technology to create more immersive sporting events. Big sporting companies and events are already jumping on the chance to reach a wider audience, as the technology allows sports fans to be at the game, even if they are physically on the other side of the planet. While stadiums and events have a specific capacity, better VR technology allows sporting events to be broadcast across the world, with fans getting closer to the action than they ever could in real life. While you might not be able to replicate the truly immersive feel of a sports game atmosphere if you’re sitting in your living room, it’s definitely progressing enough to be a much better and immersive alternative to simply watching a game of football on your TV screen.

7. Adoption by the Entertainment Industry

In addition to sporting events, the wider entertainment world is set to begin using VR and AR technologies to reach new audiences and to drive the entertainment industry to ever-dazzling new heights. Concerts can be streamed live to VR headsets to create a unique experience that can be enjoyed in your living room. Gaming developers are creating ever-entertaining technologies to keep gamers satisfied and to entice them to buy their new products, whether a simple mobile app game like Pokémon or more traditional gaming consoles offering a more immersive VR experience, such as first-person shooters or sports games.

8. New Experiences in the Shopping and Retail World

Another industry that’s set to adopt more and more VR and AR technology is the shopping and retail industry. Retail companies are looking up to AR and VR to provide new consumer experiences in a market that’s currently dominated by online sales. To keep customers using retail outlets and shops, AR and VR can provide unique experiences, such as allowing you to try on clothes without actually trying them on physically. With the help of VR in retail, stores can also keep costs down by providing more technology-based purchases, such as staff-less shop where everything is purchased using apps.

For businesses, the uptake in VR and AR technology and its further integration into everyday life is providing increased advertising opportunities. With more people using VR and AR technology and consumers spending more time on smartphones or computers, businesses have a better chance of reaching potential customers, and being able to target their advertisements at the right niche and the right clientele.

Last but not least, one of the key advancements in the VR world is the CAVE (Cave Automatic Virtual Environment). A VR CAVE is a small room or cubicle where at least three or more walls which act as large display monitors. These immersive displays gives the user a very wide field of view -- something that most head-mounted displays (HMDs) can't do. Users can also move around in the CAVE system, which stands for Cave Automatic Virtual Environment. without being tethered to a computer, wearing a pair of funky VR Goggle that are similar to 3D glasses. Over the next year, both VR and AR trends will become increasingly sophisticated, and that’s just one reason why this is the right time to invest in VR and AR. Want to stay up to date with what we're doing? Follow us on Twitter, LinkedIn, Facebook and Instagram. ST Engineering Antycip (formerly known as Antycip Simulation) is Europe’s leading provider of simulation software, projection and display systems, and VR systems for training and aiding with safety. To find out more about the development of VR and its uses in the workplace or education, contact us to discuss your options with one of our experts.